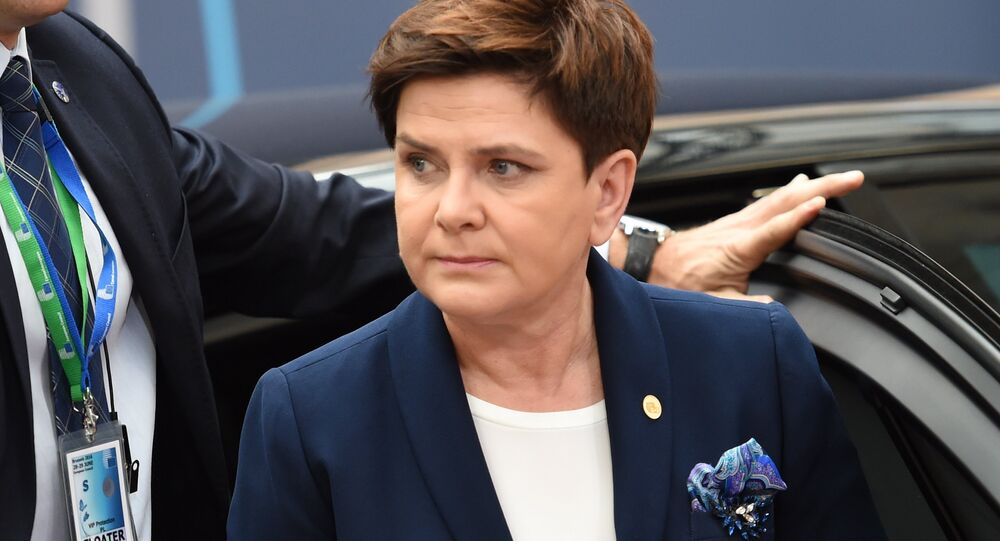 European Commission Vice-President Frans Timmermans piled pressure on Poland Thursday (September 29) over controversial changes to its Constitutional Court, which has put it on a collision course with Brussels over EU values on the rule of law.

© AFP 2020 / Wojtek Radwanski
Sanctions Threat as EU-Poland Standoff Constitution Row Remains 'Unresolved'
Poland has been at odds with the EU for months, since its Prime Minister Beata Szydlo, who leads the Law and Justice (PiS) party in government, made changes to the country's constitutional court. In December 2015, the Polish Government added five "politically friendly" judges to the country's Constitutional Tribunal, in a move seen by critics as making it easier to push through legislation with less opposition.

Chief Justice Andrzej Rzeplinski ruled that many sections of the law passed in December 2015 were "non-compliant with the Polish Constitution."

The European Commission has warned Warsaw that — unless it reverses its decision and implements the Rzeplinski ruling — it will lose its voting rights in the EU — the first time such a sanction has been applied to a member state.

© AFP 2020 / Janek Skarzynski
Thousands of people march in front of the presidential palace in Warsaw to protest against the government's moves that have paralyzed the nation’s highest legislative court, the Constitutional Tribunal on March 12, 2016.

"Defense of the independence of the judicial system is the patriotic duty of every citizen of the European Union and the European Commission will support any such action. That is not meddling in the internal affairs of a country. I hope that Poland will not be turned away from the future and from the European Union."

​Meanwhile, Poland is also at odds with Brussels over the controversial plan to relocate refugees from Greece and Italy under a quota system. Poland is supporting both Hungary and Slovakia, who are making a legal challenge against the plan at the European Court of Justice. The standoff is a further example of the growing gulf between Brussels and member states.