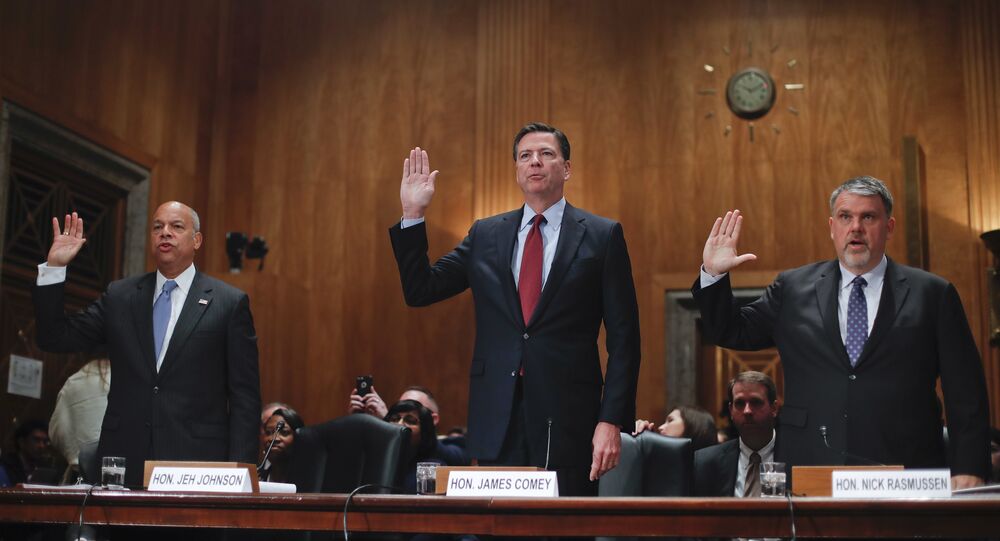 Monitoring the flow of fighters returning to Europe after fighting alongside Daesh should become one of the most important tasks for the European intelligence agencies in the nearest future, August Hanning, former head of the German Federal Intelligence Service (BND), told Sputnik on Wednesday.

© AP Photo / Evan Vucci
Daesh Attracting Fewer Fighters From US Than Year Ago - FBI Director
MOSCOW (Sputnik) — On Tuesday, FBI Director James Comey told the US Senate Committee on Homeland Security that the United States and Europe would face in the next two-to-five years an exodus of terrorists returning from fighting alongside Daesh when the terror group is defeated.

"We need to be very cautious, we need a closer surveillance of all foreign fighters returning from Syria. That is the most important task for the EU security forces. We also need a closer exchange of information with our allies to confront this threat," Hanning said.

Europe saw an unprecedented wave of migration with over 1.83 million arrivals from impoverished and war-torn regions in the Middle East and Africa last year. According to the German domestic intelligence agency report, in 2015 more than 780 people from Germany had traveled to join jihadists in Syria and Iraq.

Daesh jihadist group, outlawed in many countries around the world, including Russia, claimed responsibility for a number of terrorist attacks in Europe including in Paris, Brussels and different German cities.