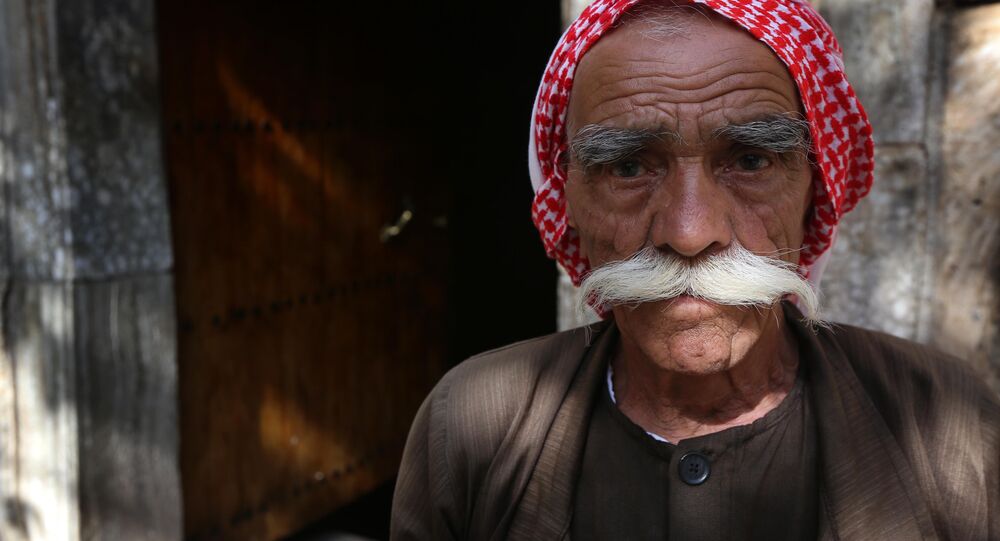 Still lost and still held under Daesh captivity, the plight of the Yazidi tribe continues with reports of at least 3,735 Yazidi people still being held by Islamic extremists.

The ancient Yazidi tribe can be traced back to ancient Mesopotamia and Iraq but are considered devil worshippers by Daesh, whose intentions include eradicating the entire race, dehumanizing the Yazidi men, women and children in the process.

According to Idan Barir however, a research associate at the Forum for Regional Thinking (FORTH) and a candidate in the school of historical studies at Tel Aviv University, ​their persecution, is nothing new.

"The Yazidi people have been targeted time and time again in the last decade," Mr. Barir told Sputnik.

"The persecution of the Yazidi people never ceases to exist," says Barir, adding that it's not solely at the hands of Daesh extremists either and that they are suffering "a double tragedy.

"They suffer a more subtle persecution by the Kurdish authorities — not because they are considered infidels or devil worshippers, but because they have their own political motives that are combined with some religious and social prejudices that are politically driven."

© AFP 2021 / Safin Hamed
Displaced Iraqi people from the Yazidi community, who fled violence between Islamic State (IS) group jihadists and Peshmerga fighters in the northern Iraqi town of Sinjar, gather around their tents at a refugee camp set up on Mount Sinjar on January 15, 2015.

According to reports, 3,735 Yazidi people are still being held by Daesh despite efforts made to free them.

Thousands of Yazidi men have been executed since 2014, and thousands of young Yazidi girls have been sold into slavery and forced to become sex slaves for Daesh militants, who do not consider them to be human.

However despite managing to escape, Idan Barir, an expert in Yazadi culture, told Sputnik that they continue to be persecuted by Kurdish authorities in refugee camps.

"They face oppression by Kurdish internal security forces in refugee camps, many of them prefer to return to the northern region of Sinjar. The southern part is still a war zone and even they know that the situation is very unstable, they prefer to go back to a problematic place than stay in a refugee camp, exposed to weather conditions and repressed by the Kurdish authorities."

Meanwhile, thousands remain captive at the behest of Daesh militants, their fate unknown, and their people, almost forgotten.

To #Yazidi women who escaped or still captive from #ISIS and their families: you are not alone pic.twitter.com/4PCnF8IWUW