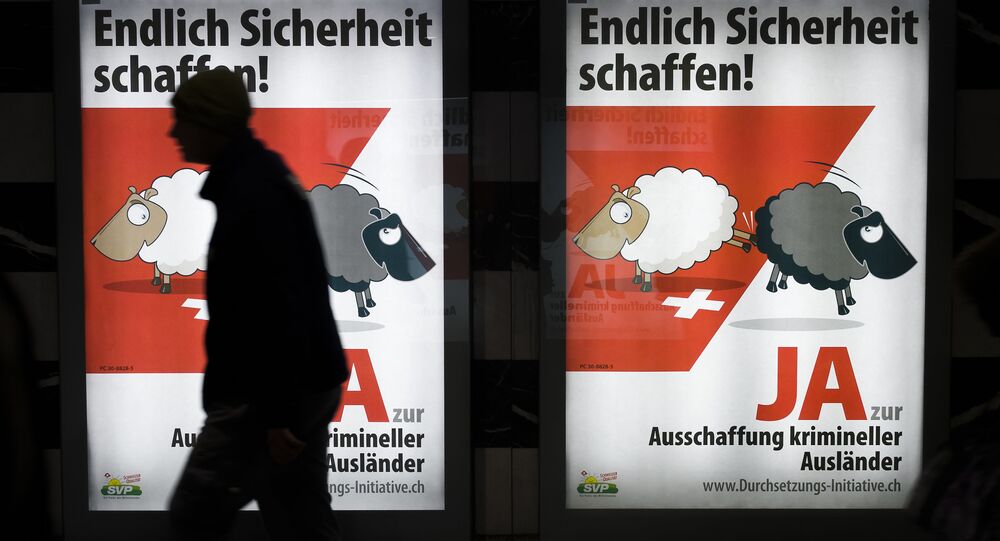 The political stalemate between the EU and Switzerland over the planned implementation of immigration quotas has just become more complicated, after the southern Swiss region of Ticino voted to make it harder for foreigners to work in the canton.

Fifty-eight percent of people voted in favor of the "Ours First" proposal in the Ticino referendum, put forward by the right-wing Swiss People's Party (SVP).

The successful proposal called for the changing of the Ticino constitution to stipulate that when two equally qualified people are applying for a job, the employer should prioritize local residents over those that live abroad.

​The issue is one of significant debate in the region, with an estimated 63,000 of Ticino's 200,000-strong workforce residents of nearby Italy.

Proponents of the constitution change say the measures would fight "wage dumping" and unemployment.

Current unemployment levels in Ticino are 3.2 percent, while the Swiss national average is 3.1 percent.

The decision has sparked a strong reaction from both Italy and the EU, who had previously warned residents against voting in favor of the changes.

Roberto Maroni, member of the Italina Lega Nord movement, vowed to retaliate against Ticino with "adequate counter-measures," while Italian Foreign Minister Paolo Gentiloni warned that "any discrimination against our cross-border workers will be an obstacle to reaching an agreement between the EU and Switzerland."

"The four fundamental freedoms of the single market [free movement of goods, of people, of services and of capital] are inseparable," he said.

Ticino in #Switzerland votes against free movement. But seem to be pro the wealth that those #Italy workers employing firms bring. Complex.

​"In the Swiss context, this implies that free movement of people is fundamental," he told a daily briefing.

Swiss officials moved to ease the concerns of Italian residents working in Ticino, saying that there would be no immediate impact and that the final decision would have to be taken by the national parliament and government.

Immigration is a matter of huge political concern to Switzerland, with the country currently locked in negotiations with the EU over plans to introduce migrations controls, after 50.3 percent of the Swiss population voted in favor of doing so in a 2014 referendum.

Although Switzerland is not an EU member state, the country has a series of bilateral agreements with Brussels, with EU officials warning any attempts to implement immigration controls could see Switzerland locked out of the European single market.

EU-Switzerland negotiations constant time consuming process and neverending. EU will not want to replicate that mess for the UK.

​Bern has until February 2017 to honor the result of the 2014 referendum and implement migration legislation, with lawmakers on both sides currently so far unable to come to an agreement.

The Swiss situation has also taken on greater importance following the UK's decision to vote to leave the EU on June 23, with any negotiations between Bern and Brussels set to act as a precedent to impending Brexit talks.

There are concerns in Switzerland that the looming British talks will force EU officials to play hardball with the Swiss, in order to set an example to the UK.