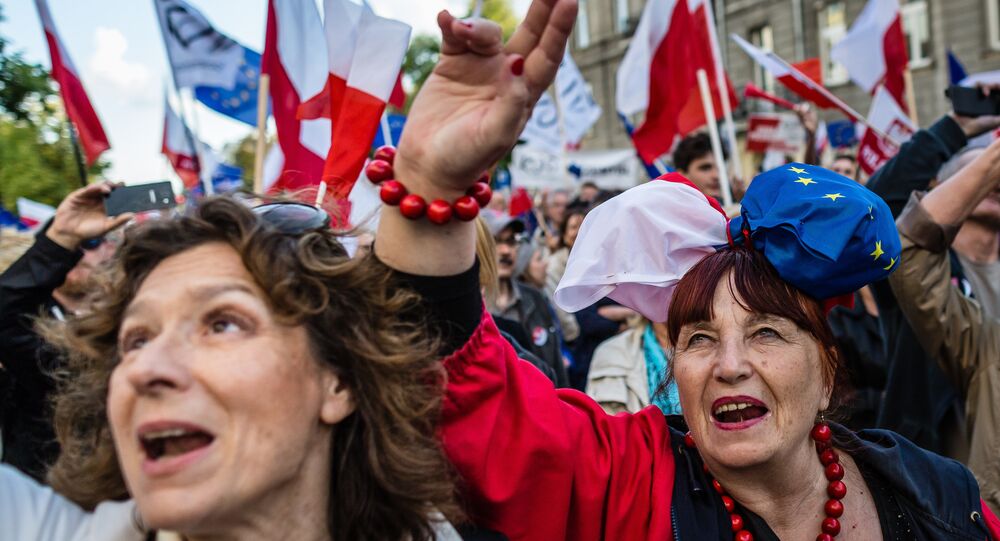 Poland is one step closer to becoming the first EU member state to be stripped of its voting rights in EU institutions as a result of a row between Brussels and Warsaw over controversial reforms to Poland's constitutional court.

© REUTERS / Kacper Pempel
Warsaw-EU Crisis Deepens as Credit Agency Warns It Threatens Foreign Investments
In December 2015, the Polish Government added five "politically friendly" judges to the country's Constitutional Tribunal, in a move seen by critics as making it easier to push through legislation with less opposition.

Despite a ruling that many sections of the law passed "non-compliant with the Polish Constitution," the Polish Government has refused to move.

Warsaw was given a warning, June 1, 2016, that changes to its constitutional court went against the EU's values on the rule of law and the independence of the judiciary. It has threatened — for the first time ever — to invoke Article 7 of the Treaty on European Union, which would lead to Poland being suspended from any vote in the European Council.

© REUTERS / Kacper Pempel
A woman holds the Polish national flag as she takes part in a march demanding their government to respect the country's constitution in Warsaw, Poland, March 12, 2016.

"Despite the dialogue pursued with the Polish authorities since the beginning of the year, the Commission considers the main issues which threaten the rule of law in Poland have not been resolved. We are therefore now making concrete recommendations to the Polish authorities on how to address the concerns so that the Constitutional Tribunal of Poland can carry out its mandate to deliver effective constitutional review."

The Polish Government has offered some concessions, but — with less than a month to go before the threatened sanctions — Timmermans has told the European Parliament in Strasbourg on Tuesday (September 27):

"At this stage, the dispute concerning the composition and the judgments of the constitutional of the tribunal remains unresolved."