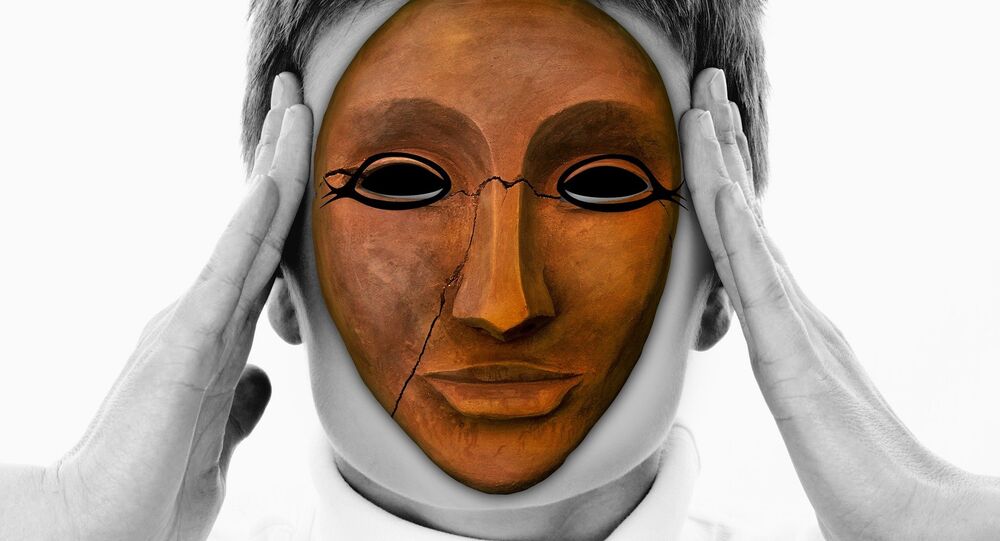 Globally, acid attacks disproportionately affect women, but in the UK, increasing numbers of men are reported to be suffering acid attacks, suggesting that the low cost and ease of availability of acid on the Internet means acid is becoming the weapon of choice among some criminals.

"Looking at the evidence from police reports, many victims tend to be young men and the perpetrators are also young men," Jaf Shah, executive director of Acid Survivors Trust International (ASTI) in the UK told Sputnik.

"With acid, there's an attempt to disfigure and mane rather than kill. For this reason, it has become a weapon of choice for that particular purpose, instead of a knife or gun, for example."

Acid-related violence is a hidden crime, under-reported globally. Its many survivors fear reprisals and have little confidence in the police and judicial system to pursue the case.

Shah, whose organization assists victims in countries around the world where the judiciary and medical infrastructure is lacking, told Sputnik that it's those survivors who need the most help.

Acid attacks are on the rise in Britain. The first time I heard of a case was the attack on @KatiePiper_ pic.twitter.com/LhM3ZBUd7q

​"Their cases aren't being effectively investigated by police and they have less chance of collating evidence, so there are fewer prosecutions overseas," Mr. Shah told Sputnik.

"In the UK, we have seen some fairly successful outcomes with some fairly high imprisonment terms. For us, as a small organization, we focus on those countries with higher attacks and less support for survivors."

"There's no definitive holistic data that matches up. The police reports are probably the closest we have to understanding the number of acid attacks reported in the UK," Mr. Shah told Sputnik.

Between 2012 and 2015, more than 500 offenses involving acid attacks were recorded by 23 police forces across the UK.

Acid attacks double in a year to place Sussex fifth worst in the UK https://t.co/AuqFDaXx9Z

​The figures obtained by the Press Association in 2015, reveal that there were 242 reports of violent crime involving acid or another corrosive substance between 2014 and 2015, compared to 186 alleged offenses in 2012 and 2013. That's a rise of 30 percent in two years.

However that figure, could be just the tip of the iceberg, according to Mr. Shah, who suggests data is still missing.

"The problem with hospital data is that it doesn't quite tie in with the number of reported cases, nor does it include sufficient details whether acid burns are a result of an accident or a premeditated attack. There isn't much data around the demographics of survivors either."

Learn what to do in the case of an #acidattackhttp://t.co/2621omGQ4W pic.twitter.com/2fW49wFJ3c

Mr. Shah suggests that the data collected from police forces in the UK does reveal that Britain bucks the global trend with an increasing number of male victims of acid attacks, whereas globally, it's predominantly women or girls who are victims of premeditated acid attacks.

"In most other countries, 70-80 percent of victims are female, but there needs to be more analysis and more research to get a clearer picture of the extent of acid attacks.

"There's a degree of speculation based on limited data — but we are aware of only two other countries with fairly sizeable numbers of male victims of acid attacks and that's Uganda and Cambodia. There is also anecdotal evidence that the Caribbean has fairly high number of attacks on men."

Shah says that better recording data would be a step forward in identifying trends around acid attacks in the UK.

​"The fear is that if no action is taken and access to acid remains easy, with low imprisonment terms compared to a knife attacks, then it could be the case that criminals might view it as a weapon of choice for those reasons," Mr. Shah told Sputnik.

Acid Attacks on Women In Iran Fuel Fear and Anger