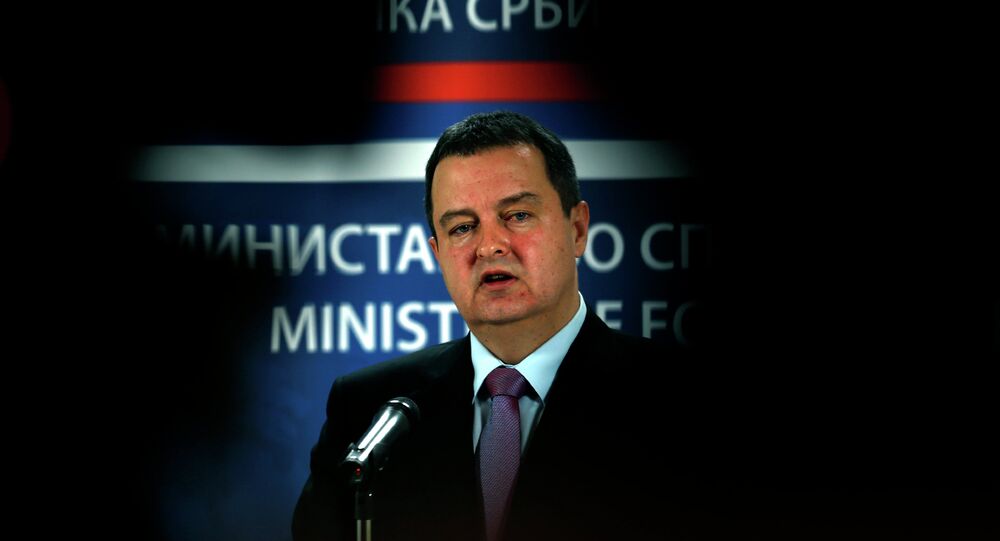 Belgrade will not support sanctions against Russia as they run contrary to Serbia's national interests.

"Introduction of sanctions against Russia contradicts national and state interests of Serbia, and that's it! There is nothing more to talk about this subject," Dacic said at a briefing.

Serbia would "act against itself" if it backed sanctions against the country, which supports Serbia over the issue of Kosovo, the minister added.

Kosovo declared independence from Serbia in February 2008, and has since been recognized by over a hundred UN member-states, including the United States. Belgrade considers Kosovo to be part of Serbia. Dozens of countries, including Russia, do not recognize Kosovo's sovereignty.