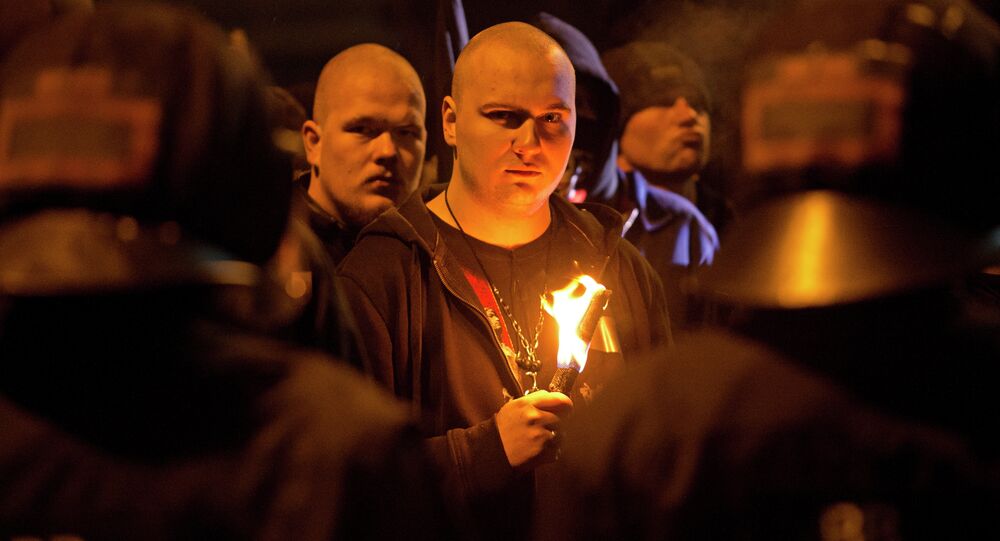 ‘The Brown Nightmare’: Report Reveals Xenophobia on the Rise in Germany

The German cabinet released a report on Wednesday that details the rise of xenophobia and anti-immigrant attacks.

Deutsche Welle reported that Social Democrat Iris Gleicke was “very upset” and expressed that governments at the state, district and federal level should “act decisively” to address the increase in right-wing extremism.

A separate report by the Federal Office for the Protection of the Constitution, Germany’s domestic intelligence agency, states that eastern states Mecklenburg-West Pomerania had 58.7 extremist attacks for a million people, with 49.6 in Saxony and 51.9 in Brandenburg. Western states showed 10.5 attacks per million people.

Referencing the brown uniforms worn by Nazis, Gleicke warned, "We East Germans have to take the matter into our own hands and decide whether we want to protect our cities and villages or leave them to the brown nightmare. Society should not look away when people are attacked or refugee shelters are set on fire. A lot is on the line for east Germany."

The report indicated that eastern Germany is straggling behind other parts of the country in life expectancy, income and health, elements that could be at the root of resentment against the one million migrants that have flooded the formerly communist region since 2015.

Conservative populist political party Alternative for Germany (Afd) has also seen an increase in support. DW columnist Christoph Hasselbach writes that much of the issue stems from German citizens feeling left out of the political process by politicians like Chancellor Angela Merkel.

"On a moralistic whim, Merkel has turned Germany into an experiment that will affect generations to come — for the worse," he wrote. "Germans were never asked if they wanted this or were prepared to make the necessary sacrifices, both financial and cultural. There is a difficult-to-pinpoint sense of no longer feeling at home in your own country. In response, many politicians have rejected this feeling of discomfort, or at least advocated to keep it to one's self, but certainly not make a political issue out of it."

Acts of terrorism also serve as justification for attacks on immigrants. Fifteen people were killed in Germany in five attacks between July 18 and July 2, with dozens wounded. Daesh took responsibility for two of the attacks, and two of the attackers were asylum seekers.

© REUTERS / Francois Lenoir
Merkel Admits: 'We Can Do It' No More

Merkel has remained steadfast on her immigration policy, despite the attacks, telling reporters during a news conference shortly after, "For me it is clear: we will stick to our fundamental principles." She noted an excerpt from the German constitution that reads, "Human dignity shall be inviolable," and stated, "These principles mean we will give asylum to those who are politically persecuted and we will give protection to those who flee war and expulsion according to the Geneva Refugee Convention."