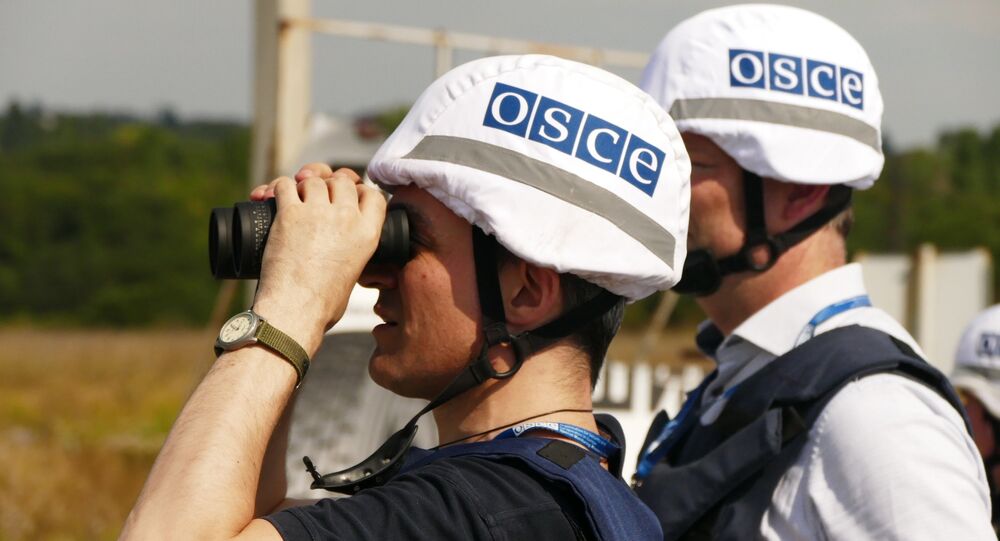 OSCE Special Monitoring Mission to Ukraine said that Mercenaries from the Georgian Legion battalion were spotted by Organization for Security and Co-operation in Europe's (OSCE) observers at the contact line in Donbass.

© Flickr / UK in Austria
OSCE Chief Rules Out Bilateral Meet on Ukraine on Sidelines of UN Gen. Assembly
LUGANSK (Sputnik) – Mercenaries from the Georgian Legion battalion were spotted by Organization for Security and Co-operation in Europe's (OSCE) observers at the contact line in Donbass, the OSCE Special Monitoring Mission (SMM) to Ukraine said in a press release.

"In government-controlled Troitske (69km west of Luhansk), the SMM saw two Ukrainian Armed Forces soldiers with insignias of 'Georgian Legion' on their uniforms. The SMM also noted that they spoke Georgian. Three residents separately told the SMM that soldiers of Georgian origin were accommodated in houses in the village," the press release read.