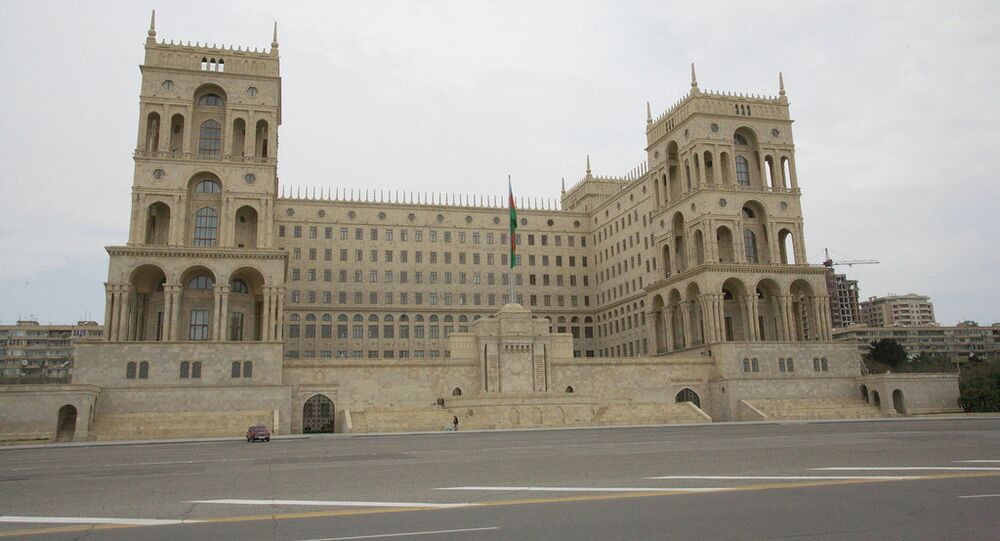 © Sputnik / Asatur Esayants
Azerbaijan Ready to Grant Wider Autonomy to Nagorno-Karabakh
BAKU (Sputnik) — Earlier in September, the European Parliament's delegation visited Baku to participate in the meeting of the EU-Azerbaijan PCC. During their visit, the European officials have also held a number of meetings with Azerbaijani leadership.

"We clearly understand geopolitical realia and challenges, Azerbaijan faces today, particularly a challenge related to the Armenian-Azerbaijani, the Nagorno-Karabakh conflicts and we state resolutely that the European Parliament fully supports Azerbaijan's territorial integrity and sovereignty, as stressed in the European Parliament resolutions adopted on May 20, 2010 and October 23, 2013, the resolutions 822, 853, 874 and 884 adopted by the UNSC in 1993," the statement published on the website of Azerbaijan's parliament said on Wednesday.

© REUTERS / Staff
Baku Expects Good Faith in Talks on Karabakh Issue With Yerevan
Baku and Brussels have been cooperating with the framework of the EU-Azerbaijan PCC since 2000. The members of the joint committee meet annually and discuss a number of issues, including energy cooperation, the European Neighbourhood Policy, the Nagorno-Karabakh crisis as well as human rights.

The Nagorno-Karabakh conflict began in 1988, when the autonomous region sought to secede from the Azerbaijan Soviet Socialist Republic. The region proclaimed independence when the Soviet Union collapsed in 1991. The move triggered a war that lasted until a Russia-brokered ceasefire was signed in 1994.

Azerbaijan insists on maintaining its territorial integrity, while Armenia is defending the interests of the self-proclaimed Nagorno-Karabakh Republic, which has not been part of the peace talks conducted since 1992.