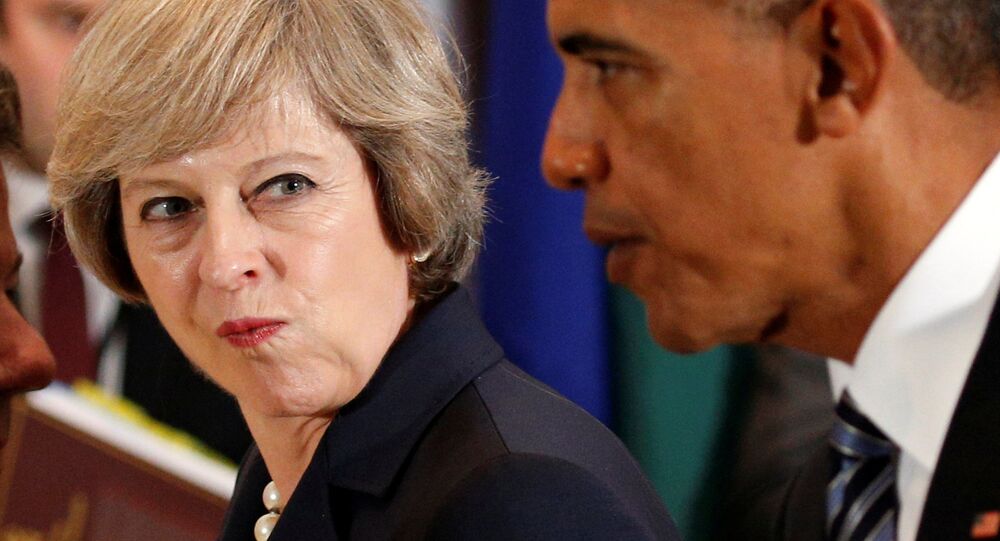 The UK government has no broad global strategy to try and defeat Daesh, while it is failing to achieve its goals related to the ongoing military action in Syria, a critical UK parliamentary report has found.

The House of Commons Defense Committee report said the UK needs a "grand strategy" to defeat the Islamic terror group, concluding that while a military campaign to try and take back land from Daesh (also known as ISIL) is necessary, it is not a sufficient plan to destroy the group.

Of significant concern to the MPs' committee was Britain's failure to look beyond Syria and Iraq in the fight against Daesh, amid fears affiliate groups could initiate further conflict in other parts of the Middle East, Africa and in South-east Asia.

​"If Daesh transforms itself into an international movement or a network of affiliates — like al-Qaeda before it — which can survive the loss of territory, the UK Government approach will need to adapt. For example, if Daesh is defeated in the Middle East but then grows strong in Africa, the current strategy will require major revision," the report stated.

UK Not Learning the Lessons of Iraq

It also led to discussion about "changing the way we intervene" in foreign conflicts.

Should the UK bomb #ISIS in #Syria without a clear exit plan or post-conflict strategy? RT if you answer

​"The argument that it must be a local force — not a western one — which takes and holds territory has been borne out by previous experiences of intervention. Such a strategy (western air power and local ground troops) is reliant on political progress alongside military achievement.

On the issue of military intervention, the committee launched strong criticism of the UK's current actions in Syria, noting that only 65 British air raids had taken place in the country since December, while 550 strikes has been carried out on Daesh targets in Iraq during the same period of time.

Furthermore, the report found that "only a minority of the 65 UK airstrikes in Syria appear to be in support of opposition forces on the ground" — which was one of the main premises behind December's argument in favor of military action.

US coalition appears to confirm that it was indeed responsible for airstrike which killed 62+ Syrian soldiers in Deir Ezzor.

​These criticism have been compounded by the news that British aircraft recently took part in strikes that accidentally killed 62 Syrian government soldiers, who were reportedly fighting against Daesh at the time.

The report found that the government's inability to provide detailed information about airstrikes, while understandable for security reasons, "may tend to undermine the government's assertion that the bombing campaign in Syria is in support of credible moderate ground forces (apart from the Kurds)."

​On the issue of moderate, anti-Assad allies in Syria, the committee also rubbished the claims of former Prime Minister David Cameron, who in December said that there were 70,000 "moderate" opposition forces in Syria that needed the UK's military help.

With the UK government not releasing their own list of these alleged groups, the committee sourced information from outside organizations and found that "there was not a consensus on the political or religious motivations of those groups," amid claims that many of the so-called "moderate" fighters were in fact, hardline Islamist militant groups.

PM declines to give details over who are the 70,000 "moderate" fighters in Syria that the UK is supporting

​While concern has been raised about the effectiveness of anti-Daesh operations in Syria, the committee was largely impressed with Britain's actions in Iraq, where UK forces have teamed up with local military groups to defeat Daesh in many crucial areas.

"Whilst substantial progress in eliminating Daesh is clearly being achieved in Iraq, the situation in Syria is far more complex. Assuming Daesh is squeezed out of both countries, we have to focus too on what happens next-both in other countries to which Daesh may migrate, and in Syria especially where there is no shortage of other Islamist groups, just as dangerous, which are planning to take control," Dr Julian Lewis, chair of the committee, said in conclusion.