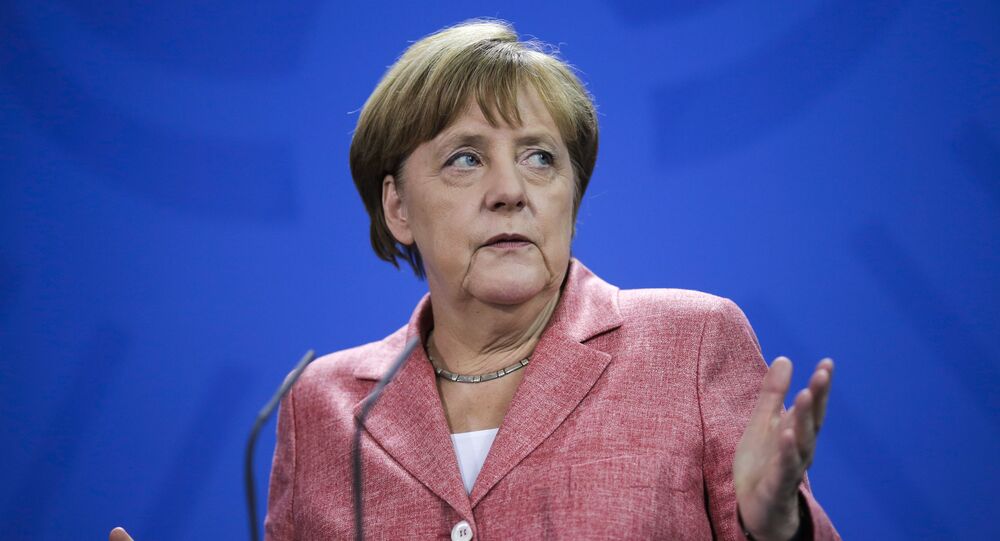 "From zero to double digits, that's a first for Berlin," Georg Pazdeski of the AfD party said following the obvious rise in popularity of the right-wing populist party and rejection of Angela Merkel's refugee policy allowing one million asylum seekers to settle in the country.

​Whether it's a rise in support for the far right, or a drop in support for Angela Merkel's migrant policy, it's becoming increasingly clear that the fall out from Merkel's million refugee policy is costing the Chancellor her popularity.

Markus Soeder, finance minister from the CDU's sister party CSU, said the vote, which was the worst ever result in Berlin for the CDU party was a "massive wake-up call," that she should impose stricter limits on migration.

"The Christian Union risks a lasting and giant loss of trust among its core voters," Soeder told Germany daily newspaper Bild. And the finger of blame is squarely pointed towards Angela Merkel for losing so much of that support.

Members of Merkel's own party are concerned that she has lost control of the country's migration levels following the biggest refugee crisis in Europe since the Second World War.

The global problem that Merkel has tried to tackle alone, is now having local repercussions.

wir #schaffen das #nicht#Merkel will be gone on the next #election in #germany… Bye bye #refugeecrisis pic.twitter.com/E5C9ImBXyu

© REUTERS / Yves Herman
Germany Has Been in Charge of EU's Future, 'But Now It Cannot Handle It'
​Alternative for Germany (AfD) party is now represented in 10 out of 16 state parliaments across the country. The question is whether Angela Merkel will indeed view the result as a "wake up call" or carry on regardless?

Speaking ahead of the result and obvious rise in support of the far-right party, Berlin's mayor said any increase in support for the AfD party, "would be seen around the world as a sign of the return of the right-wing and the Nazis in Germany."

"Berlin is not any old city — Berlin in the city that transformed itself from the capital of Hitler's Nazi Germany into a beacon of freedom, tolerance, diversity and social cohesion," Michael Mueller said.

#Germany's right wing political party #AfD has secured major gains in #Berlin Elections… Is this the sign of the times?

​Berlin, home to 3.5 million people, is at the forefront of coping with the influx of migrants, faced with a housing shortage and poor public services. It is now witnessing a rise in support for far-right politics after the worst ever result for Angela Merkel's CDU party in German state elections.

Germany Has Been in Charge of EU's Future, 'But Now It Cannot Handle It'