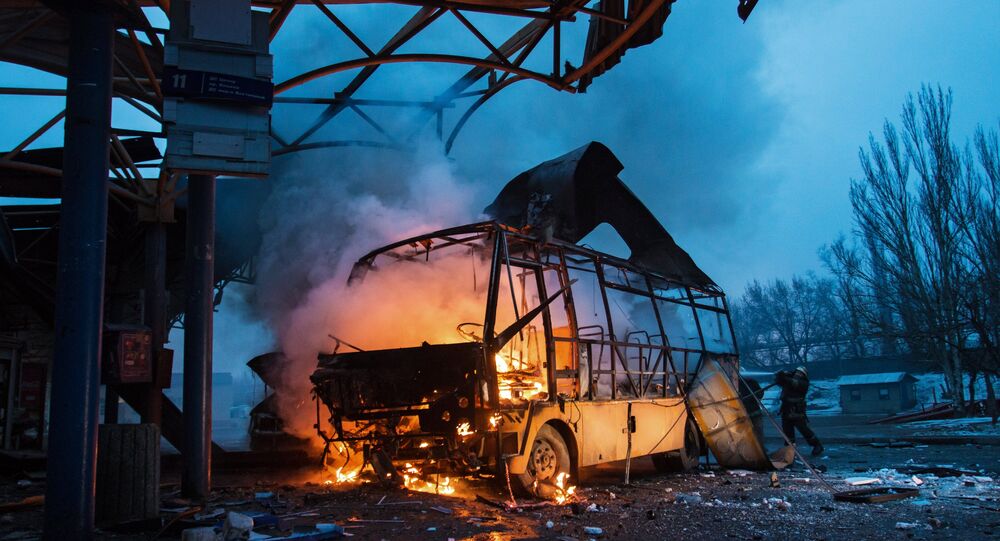 The Organization for Security and Co-operation in Europe (OSCE) has practically removed itself from impartial analysis of the situation in Ukraine by ignoring Kiev’s human rights abuses, the Russian envoy to the organization said Monday.

"The OSCE has practically removed itself from impartial analysis in the country, where an internal armed conflict – the cause of which was a forced coup sponsored by Western countries – continues for the third year," Lukashevich said.

The permanent representative noted that "mass human rights violations by Kiev, including the right to life, are in fact not adequately assessed by the organization and its specialized agencies."

"Instead, the OSCE is transformed by Washington and Brussels into a platform for propaganda exercises. We cannot speak of objectivity in these circumstances," Lukashevich stressed.

Peace Settlement Process in Donbass Too Slow in 2016