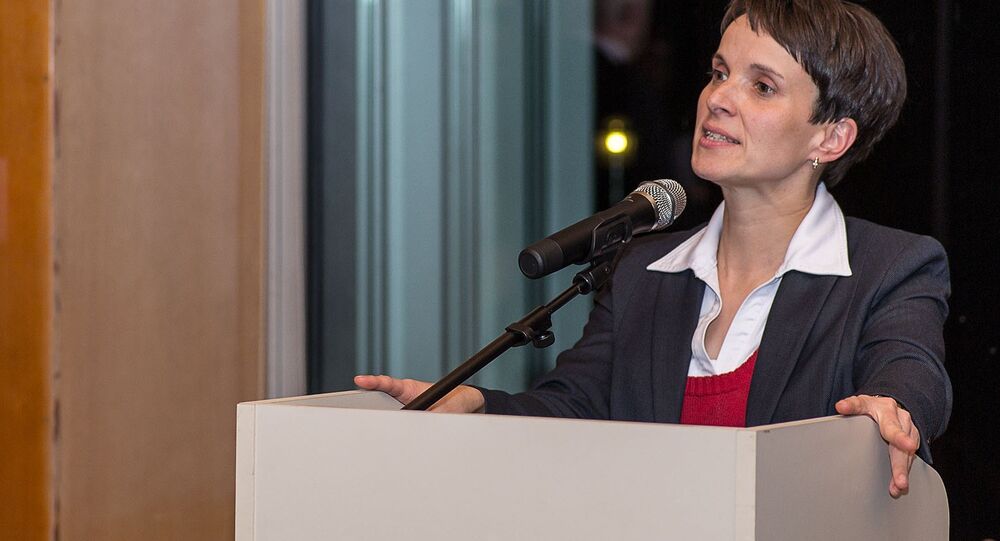 The car of Frauke Petry, the leader of Germany’s Alternative fuer Deutschland (AfD) party, went up in flames in Leipzig overnight, she said on Saturday.

MOSCOW (Sputnik) — She published photos of a burned-out car on her Facebook page, saying the past few months had seen a rise in attacks on her party’s members that was not far away from "terror."

"My car came under an arson attack yesterday. What have we come to…," Petry said in a Twitter posting.

© AFP 2021 / JOHN MACDOUGALL
German Establishment Keen to Keep AfD Out of Power Despite Election Gains
The AfD was founded in February 2013 to protest against Germany’s handling of the eurozone crisis, in particular the decision to bail out Greece, but later on, following the migrants crisis in Europe, the party focused more on providing harsh opposition to Chancellor Angela Merkel's liberal refugee policy.

The AfD has been making gains at local elections across Germany, beating Merkel’s party CDU into third place in her home state of Mecklenburg-Western Pomerania.

The vocally anti-immigrant party is projected to win 13-14 percent of votes at the upcoming state parliamentary election in Berlin, coming close behind CDU, which is expected to secure 17-18 percent of votes.