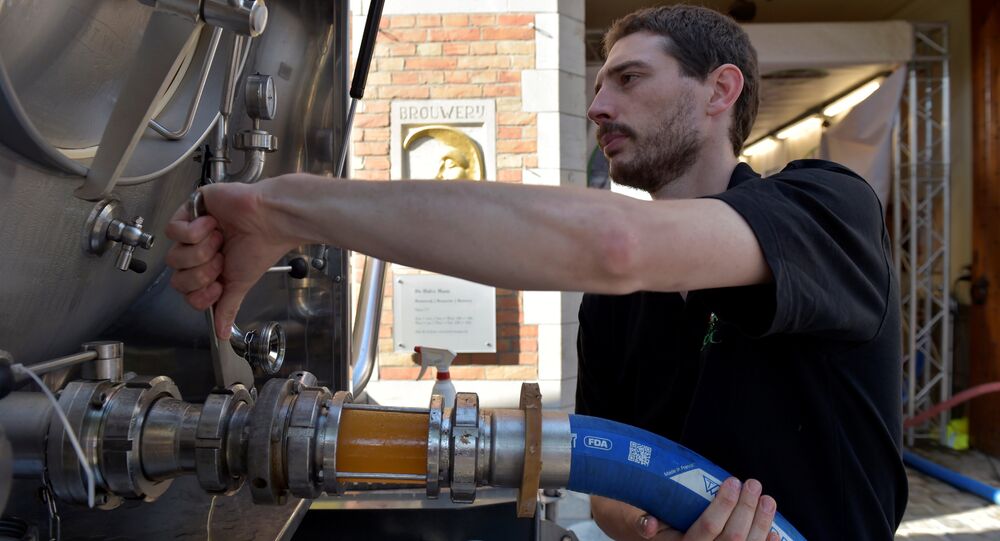 To protect the medieval beer producing city of Bruges, Belgium, from the menace of polluting trucks, a clever brewery has invested in a novel way of distributing their liquid gold – via an underground pipeline.

Bruges brewery De Halve Maan has finally opened a three kilometer long beer pipeline beneath the roads of the medieval Belgium city, which is also a protected site by UNESCO.

The total cost of the pipeline ran to 4 million euros, partly raised through a crowdfunding campaign,  and it can carry about 4,000 liters of beer is pumped an hour, equivalent to about 12,000 bottles.

After the pipeline is officially opened, they'll be no need for expensive and noisy trucks to move the precious liquid around the city.

“It was so important to find that solution for our mobility problem, because if we want to work in a modern way, from time to time we need to let trucks enter the historical city, and that is what we don’t like, because it is always a risk for the historical buildings and streets,” announced Renaat Landuyt, Mayor of Bruges.