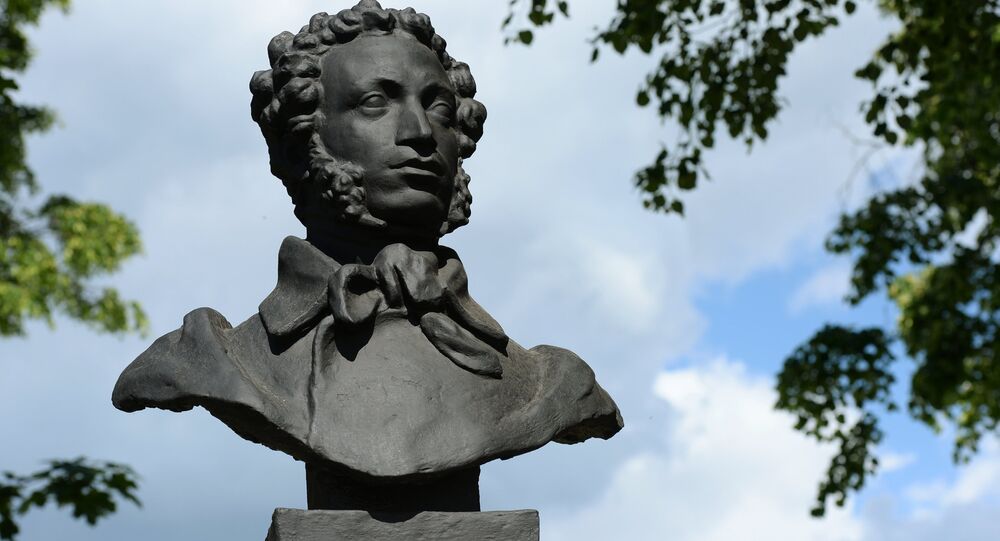 The great-grandson of the Russia’s most famous poet Alexander Pushkin founded the Pushkin Foundation, named after his ancestor, which promotes Russian culture and also supports children ill with cancer in Russia.

Alexander Pushkin belongs to the fourth generation of direct descendants of the famous Russian poet. According to heraldic law, he has the right to bear this great name.
Alexander lives in Brussels together with his wife Maria, who is also one of Pushkin’s descendants. For 17 years now the couple has been running the International Pushkin Foundation, mainly helping children from Russia.

“When we were children, our parents read us Pushkin’s fairy tales and his poem ‘Ruslan and Lyudmila’. In fact, we were told who our great ancestor was. From a young age, the Great Russian poet served as a model of honor and dignity to us,” said Maria.

“Alexander’s grandfather wrote a letter to Cardinal Desire Mercier of Belgium, sending a request to stay in Belgium and explaining the situation. The Cardinal accepted their application and helped them to move to the country,” Maria told Sputnik.

Alexander’s grandfather started working as a lawyer and his children attended a Belgian school.

“In 1949, many of Pushkin’s descendants gathered in a large estate in the south of France. At the time, we were kids and we were not attracted to each other,” said Alexander.

In 1960, Alexander and Maria met for the second time. In the intervening time, Maria studied in Paris, and Alexander in Belgium, and thus the two could not get married. After graduating, Alexander’s father forced him to complete his army service.

© Photo : Polytechnique Montréal, Uni. de Montréal, McGill University
Goodbye Cancer, Cramps, Depression? Huge Leap in Nanotech Treatments Made
“When I finished serving Belgium, my father passed away. Me and Maria got married just a year after his death,” said Alexander.

In 1999, the couple opened the International Pushkin Foundation with two main objectives. First, to popularize the poet’s master pieces in Belgium and Europe, and second, to help Russian children ill with cancer.

“We cannot have children of our own so we decided that our main task should be to help children in Russia. We raise money for the Children's Oncology Center in St. Petersburg. Over the past 10 years, we have bought new medical equipment and healthcare supplies for the hospital,” said Maria.

“During our first arrival, we were horrified by the hospital’s state. It was awful. Today, the situation has changed,” added Alexander.

“In addition, we organize tourism trips to Russia for French and Belgium citizens so they can learn about Russian culture. We travel to Saint Petersburg and Moscow as well as to small provinces,” said Alexander. “Once we arrived to some local celebration in the ancient city of Izborsk. We immediately became welcomed guests of the celebration. Everyone was pleasantly surprised by the local hospitality.”

According to Alexander, these trips might help Europeans understand Russian culture and people.

Recently, Alexander and Maria arrived to the “Saturn” International Youth Camp, which was held for the second time in a Belgian spa resort town. The camp received a generous present from the International Fund of Pushkin – a check to the value of 1000 euros.