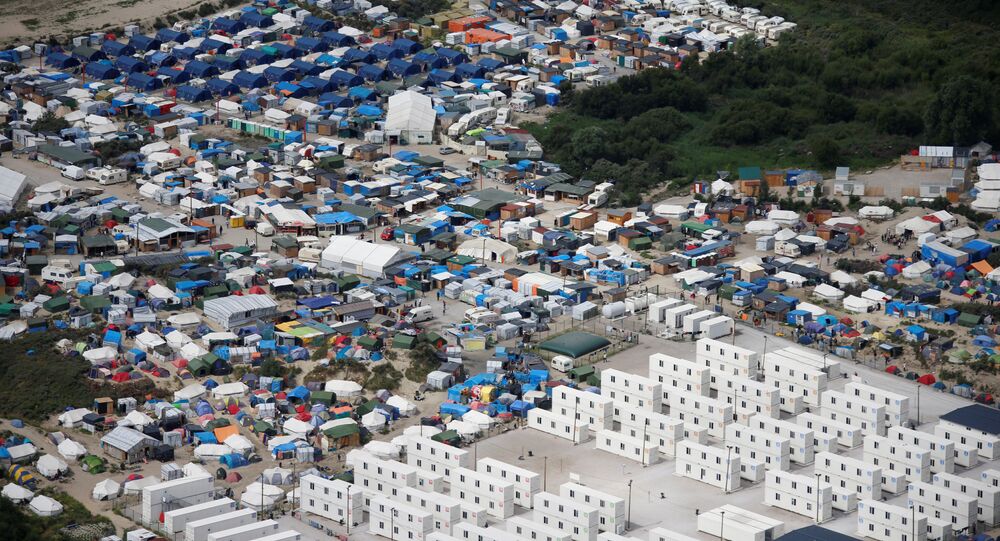 Unaccompanied foreign minors and people with mental disorders will be affected the most if the refugee camp in Calais, France, is demolished a report by Medecins Sans Frontieres (MSF), an international humanitarian organization, said Thursday.

© Sputnik
Away From Calais
MOSCOW (Sputnik) — Demolition of the French refugees camp in the city of Calais will hit unaccompanied foreign minors and people with mental health issues especially hard, the MSF report stated.

"There are 861 unaccompanied foreign minors among the refugees currently living in Calais, 627 of them in the ‘Jungle’ itself. Mostly from Sudan, Afghanistan, Eritrea or Ethiopia, the youngest is only 10 years old," the report said.

According to the report, Franck Esnee, MSF’s head of mission for France, stressed the lack of placement, health care and education arrangements for these children.

Esnee also expressed concern for people with mental health issues currently treated by MSF, whose participation in the program would be compromised after the camp demolition.

"Among the 91 people coming for consultations, 18 are on medication; how can we ensure their care is continued? How will the eviction affect people already suffering with depression, anxiety or post-traumatic stress?" Esnee is quoted in the report as saying.

© REUTERS / Charles Platiau
Little Calais? French Mayors Split Over Plans to Spread 'Quasi-Refugees' Across Country
The Calais refugee camp is currently home to thousands of migrants who are staying in northern France in the hope of crossing to the United Kingdom.

The camp, also known as "The Jungle" is notorious for its squalid conditions, the numerous attempts of its inhabitants to break into the Channel Tunnel in a desperate bid to reach the United Kingdom and multiple police raids.

French media reported on Tuesday that the government planned to provide 12,000 migrants living in provisional camps with shelter. The migrants would disperse across France from current makeshift camps in Paris and Calais.