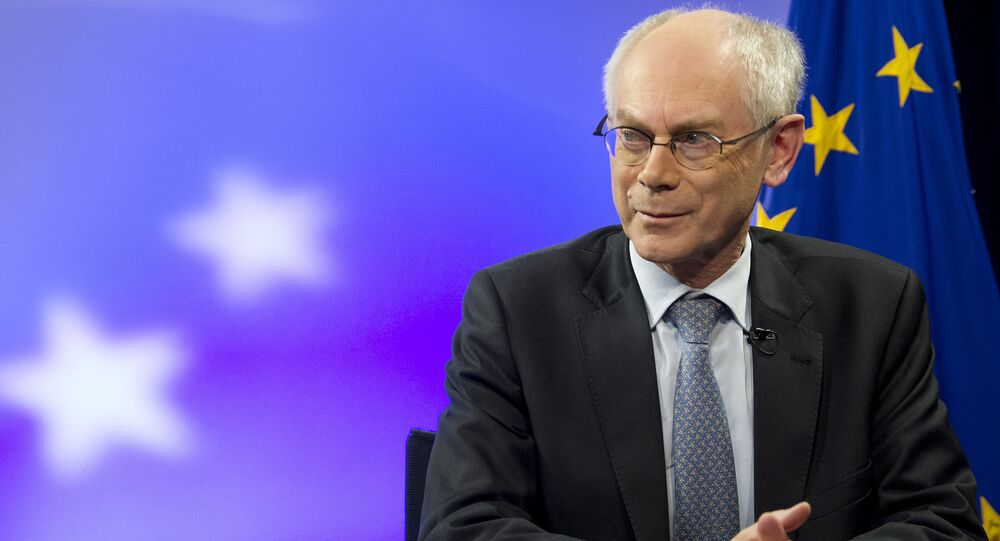 Former European Council President Herman Van Rompuy, has blasted the UK’s decision to exit the EU as "a political amputation of the first degree." He's warned that the EU will now focus on other issues, leaving no room for official Brexit negotiations for at least 12 months.

There's been no love lost between former EU bureaucrat Mr. Van Rompuy and British officials in the past. UKIP leader and British MEP Nigel Farage once dismissed Van Rompuy, when he was president, as having all "the charisma of a damp rag."

For his own part, Mr. Van Rompuy has now turned his own ire to the UK. He says that with this June's shock decision to be the first member to break away from the EU, the UK now faces a bleak, "isolated," friendless future.

"Britain had already not many friends any more. I saw this clearly when I was in office when we had to vote on the candidacy of Jean-Claude Juncker [the current EU Commission President]," he told BBC Radio 4 on Thursday.

He's warned that even if British Prime Minister Theresa May triggered Article 50 — the official process to begin EU-exit negotiations — the EU would not focus on them for at least 12 months, and even then, the process would "take years and years." Why? Because the EU has other priorities facing the remaining members of the 28-nation bloc.

"Before the German elections and before there is a new German government, I think no serious negotiations will take place.

"You can always start with more technical matters, but the hardcore, the difficult topics, will be tackled after the constitution of a new German government and that will be October/November."

#VanRompuy predicts EU not in position to start #Brexit negotiations until late 2017. More uncertainty, or time to change mind? #r4today

For many euroskeptics in the UK, Van Rompuy's intervention will only serve to further inflame tensions. Many of May's own senior cabinet members are attempting to pressure her, some even publicly, to press on with Brexit negotiations.

However, there is a great deal of uncertainty as to what kind of economic and trade relationship Mrs. May intends to adopt with the rest of the EU.

Many UK businesses are anxious to be able to continue having access to the EU single market: a lucrative customs union that allows the freedom of movement of goods and services without any regulatory obstacles.

Mr. Van Rompuy also weighed in on this issue on Thursday, claiming that if the UK wants to retain it's single market access, it must also accept the key EU principle of the freedom of movement of people.

"There are huge economic interests, but there are also red lines. It is very well known that freedom of movement of EU nationals is a red line."

His assertions have been met with scorn from some quarters in the UK.

"My old friend Herman is as deluded as ever and has completely failed to understand that we voted to leave his corrupt club and rejoin the rest of the world," Mr. Farage said.

His comments come a day after Farage mounted a stinging rebuke of the EU during a debate in the European Parliament in Strasbourg on Wednesday.

Reacting to the news that the EU has just appointed former Belgian Prime Minister Guy Verhofstadt as its chief negotiator, he said the EU had not "learnt any lessons" from the UK's rejection of its membership.

He called the appointment of Mr. Verhofstadt "a declaration of war" on the UK, claiming he was the "high priest" of federalism and should instead be replaced by someone "who likes the UK."

Mr. Verhofstadt also believes that if the UK wants access to the EU single market, it must accept the free movement of EU workers as "an inseparable" principle.

Former European Council President Herman Van Rompuy said that the EU is not seeking to penalize the UK for rejecting EU membership, but acknowledged that several member states are mindful of not seeming to encourage further withdrawals.

"There is not a feeling that we have to punish, but on the other hand most leaders don't want to encourage other exits," Mr, Van Rompuy said.

"Because Europe was for many countries still a model, a model that you can achieve peace among peoples and states that waged wars for centuries, so it was a model of co-operation and integration," he added.

"That image of a strong Europe, that is tarnished a lot after Brexit."

Neither British Prime Minister Theresa May nor current EU officials have stated when they believe UK-EU negotiations will actually begin, but once started, they are expected to last for at least two years.

European Parliament to Push for Brexit Talks to End in 2019