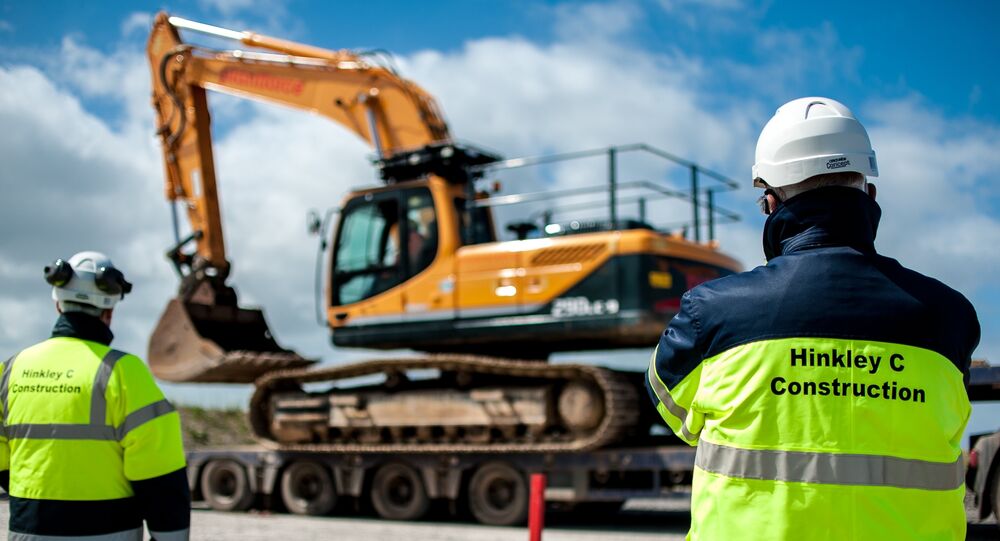 The announcement that the UK will press ahead with the controversial French-Chinese new nuclear power station at Hinkley Point in southwest England brings to an end the diplomatic standoff caused when new Prime Minister Theresa May put a halt to the final decision in July.

© Photo : EDF Energy
'Golden Era' of Sino-British Relations Falters Over Nuclear Deal
The project at Hinkley had been green-lit by the previous prime minister, David Cameron, after he got agreement that China General Nuclear Power Corp would put up a third of the cost of construction, with French energy giant EDF putting up the rest.

However, soon after taking office, May put the plans on hold, allegedly over fears of giving China access to a critical part of the UK infrastructure. There were also concerns that — as part of the Hinkley deal — China would be allowed to build its own plants on the east coast of Britain, at Bradwell in Essex and Sizewell in Suffolk.

We are delighted with the @beisgovuk decision on #Hinkley Point C https://t.co/pppTjWoD3L pic.twitter.com/mZe1lKgjdZ

The announcement came as a shock in both Paris and Beijing, whose representatives were already in Britain for an official signing ceremony within hours of the news. Much had been made of a new relationship between Britain and China, with Cameron and his Chancellor, George Osborne heralding a "golden age" between the two nations.

"The worries over the plant are as groundless as they are unnecessary. The Chinese investor only has one-third of the project's stakes while the French side holds all the rest. Thus it is impossible and commercially suicidal for the Chinese side to manipulate the project at its own will."

The news rattled Paris, too, which was already having to shore up state-owned EDF after its nuclear partner Areva fell into financial difficulties. France needed Hinkley to go ahead to provide confidence in its nuclear industry.

May has now given the project the go-ahead, but with some significant caveats. The first is that China will not be able to take a full stake in Hinkley, once operational, without government intervention. Second, the UK government will take a "special stake" in any future power stations — such as the proposed Chinese plants at Bradwell and Sizewell —so that "significant stakes cannot be sold without the Government's knowledge or consent."

A statement from EDF Energy in the UK said: "The UK Government's decision to proceed with the Hinkley Point C nuclear power station in Somerset is good news for British consumers and industry. The new legal framework for British critical infrastructure will provide a sound basis for the projects at Hinkley Point C, Sizewell C and Bradwell B."