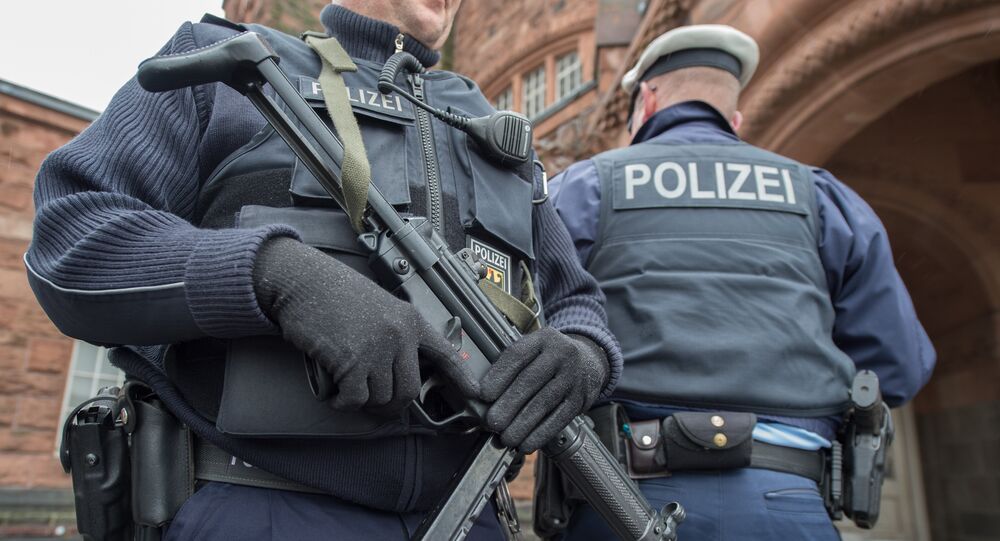 Germany may be targeted by jihadists at any time with air, railway transport as well as crowded places such as fairs, markets and festivals being especially vulnerable to possible terror attacks, according to secret governmental report on domestic security.

© AFP 2021 / ILYAS AKENGIN
German Consular Offices in Turkey on Lockdown Over Terror Threat Alert
BERLIN (Sputnik) – The terrorist threat in Germany continues to increase and the country could be targeted any time, a secret governmental report on domestic security said as cited by a local newspaper Thursday.

“The Federal Republic of Germany is a declared and actual target for jihadists’ violence. German agencies and interests are subjected to the hypothetical threat within the country as well as in other parts of the world,” the Bild newspaper quoted the secret report prepared in June.

The paper said that there is the heightened risk that sympathizers of terrorist organizations that have no direct links to such groups may commit their own attacks.

According to the report, there is an almost uncalculated in the long term threat posed by jihadists, who left for Syria and Iraq and later returned in Germany.

The document concluded that Germany may be targeted at any time with air, railway transport as well as crowded places such as fairs, markets and festivals being especially vulnerable to possible terror attacks.