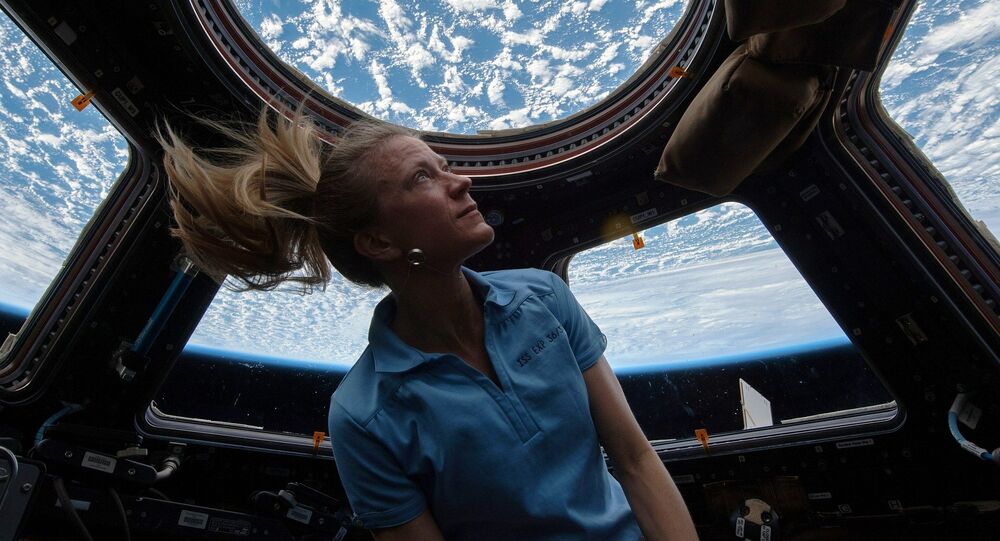 The view of Earth from the depths of outer space has predominantly been seen through the eyes of male astronauts. Not surprising, when looking at reasons why not enough girls are choosing career paths that "boldly take them where not enough women have gone before," but a recruitment campaign in Germany is looking to change this.

HE Space, is an aerospace recruiting company with offices in the Netherlands, Germany and the US and ironically, the name of which could do with the addition of an 'S' turning it to "(S)HE Space."

Gender equality is certainly something CEO of HE Space, Claudia Kessler is pushing with the current "Die Astronautin" recruitment campaign (which translates as "The Astronaut" in English).

It is a focused strategy launched by Kessler to try and attract the next wave of female astronauts in Germany.

The part-sponsored, part-crowdfunded project that has already received a large number of applications, aims for the year 2020 to be the timeframe when all is ready for the mission to take place. If successful in its recruitment aims, Kessler could well shift the overall gender imbalances that exist in wider space exploration.

Out of a total of nearly 540 space travelers, who have gone beyond Earth's atmosphere, only 60 were women.

According to data figures, a woman each has traveled from France, India, Italy, South Korea, and the United Kingdom; two from Canada, China, and Japan; four from the Soviet Union/Russia; and a total of 45 female astronauts from the United States, who are leading the way in terms of space girl power.

Many young girls both pre-school and during education stages are not being encouraged enough to pursue career paths in aerospace, although science-based subjects, as well as engineering, are certainly said to be rising in popularity amongst girls, according to data compiled by the Cambridge Occupational Analysts (COA) after surveying over 20,000 high school students.

Even since the earliest of space missions, there was a push for more women to consider space flight as physiologically, it was deemed that they may even have more advantages in comparison to their male travelers.

During early health tests, in comparison to their male counterparts qualifying female astronauts were generally smaller in height and lighter in weight and were often found to be outperforming in the physical test requirement phases.

Early on scientists also had expectations that space stations could one day be orbiting Earth for many years at a time and the idea of having both genders on board was a factor that was deemed as important, as it still is to this day.

In Germany the significance of a female astronaut is enhanced further as from the 11 men who have traveled into outer space from the country, it is well overdue for a woman to make the voyage and inspire others from new generations to also follow.

Here is a list of just some of the many prominent women in the history of space travel so far.

In 1963, Valentina Tereshkova from the Soviet Union, became the first woman to reach space and should be celebrated worldwide as a true pioneer.

Sadly very few may even know her story and if Neil Armstrong or Yuri Gagarin are household names, she should proudly be mentioned as well. Just like Svetlana Savitskaya, who was the first woman to fly on a space stationing 1982, also from the former Soviet Union.

The first American woman to reach space in 1983. A physicist and astronaut, Ride was also one of the youngest to have traveled beyond Earth's atmosphere at the age of 32.

Since then, the US has proudly have sent another 44 female astronauts to follow in her footsteps.

One of Canada's only two female astronauts, Bondar traveled to space in 1992.

Her claim to fame is also that she was the first neurologist to have left Earth's orbit.

Mukai was also the first Japanese astronaut to have been part of two spaceflights during her career. She is a qualified doctor by profession.

Yang is the first Chinese pilot and female astronaut to travel to space in 2012.

Also on this day in 2012, Liu Yang became the first female Chinese astronaut to go into space. (Pic: Wiki/Tksteven) pic.twitter.com/fiybryWMoA

A chemist by profession, Sharman was the first British astronaut and woman to visit the International Space Station's predecessor — Mir — in 1991.

Helen Sharman, the first British astronaut, flew to the Mir #space station in May 1991. pic.twitter.com/LmUyUotXzz

Sharman was awarded an OBE for her pioneering efforts on behalf of womankind and the UK.