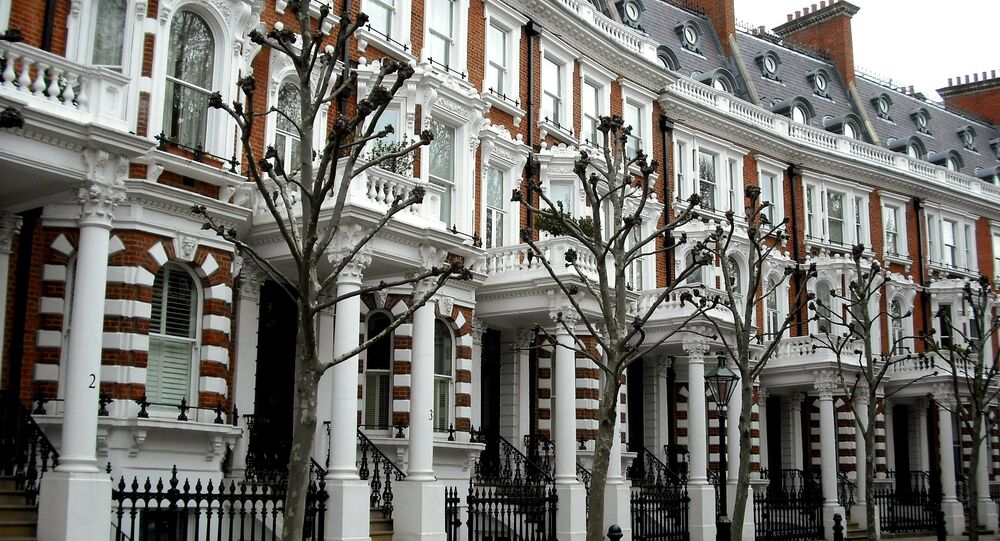 UK government proposals to manage the UK's housing crisis through rent controls are doomed to fail, according to a critical new report by the Institute of Economic Affairs (IEA). In the UK, tenants are saddled with rents on average almost 50% higher than those in the Netherlands, Belgium, Germany and France.

British politicians across the political spectrum agree that the UK is in the grips of a serious housing crisis.

In the capital, the average private sector rent in London has reached 62% of average income. And even across the rest of the UK, renters are spending nearly 20% more of their incomes on rent payments than their European counterparts.

Half a million for a 1 bed flat in Kilburn? Who can afford that? #ukhousingcrisis https://t.co/oTx0U1ebAW

Put simply, housing in the UK, and renting in particular, is the most expensive in Europe.

What politicians are at loggerheads over, is how best to manage this growing burden to Brits.

A commonly touted policy is rent controls — having the government freeze the rate at which rents increase, as opposed to leaving the market to influence prices. It's been taken on as official policy by the opposition Labour Party, and Labour London Mayor Sadiq Khan, is also actively considering such measures.

However, a new report by the Institute of Economic Affairs, an influential free-market think tank, has slammed the proposal as doomed to fail. It's also labeled the housing crisis as "the single most important driver of poverty in the UK."

A year ago I answered some questions for @Living_Rent on why we need rent controls (now even more urgent across UK)https://t.co/is7Zsilzup

Dr. Kristian Niemietz, Head of Health and Welfare at the Institute of Economic Affairs, wrote the report. He told Sputnik that rent controls would not address the primary cause of the crisis — the chronically limited supply of new houses.

"The root of the problem is the shortage of housing, caused by the combination of a restrictive land use planning system, and well-organised opposition to housing development by nimbyism [a not-in-my-back-yard mentality, where people don't want themselves to be adversely affected by proposals in their local area.]," Dr. Kristian Niemietz said.

"Politicians are unwilling to confront the opponents of housebuilding, which are also generally portrayed sympathetically in the media.

"It is excessive regulatory controls that make it harder to build the new homes that we need and prices of existing homes are therefore pushed up to extortionate levels when the supply of homes is not substantial enough to meet the demand. The British housing stock is now the smallest in Western Europe; a statistic which corroborates the fact that rents are so high because we are not building enough houses."

Yet, the policy is popular with an overwhelming majority of the British public. A Survation survey from 2015, found that 59% of people backed rent controls, with only 7% of people in opposition.

Public back Introduction of Rent Control – Survation 59% back rent controls, 7% oppose, 34% had no opinion.: http://t.co/vuniGEMToY

Dr. Kristian Niemietz acknowledged that freezing rents is favored by the public, but insists that it wouldn't make the cost of accommodation cheaper.

"The public are in favor of rent controls because at first sight, they seem like a quick and easy solution: cap the price, problem solved. But that is a huge mistake: high rents are just a symptom of an overall housing shortage, and suppressing that symptom does not make the underlying problem go away." He said.

© Photo : Pixabay
UK House Prices Won't Fall in Spite of Brexit Fears, New Report
"The IEA suggests that abolishing greenbelt status and liberalising our now highly restrictive planning schemes would pave the way for more houses we need built in order to solve this housing crisis. We need to encourage development to improve affordability and an increase in supply of houses will prompt house and rent prices to fall — much more so than a government-set rental price."

Despite such opposition to rent controls, politicians face pressure from tenants concerned by the risk of landlords arbitrarily demanding huge, sudden hikes in their rents: an anxiety that more liberalized planning permission would not address.

In the meantime, the UK government has pledged to build 700,000 new houses over the next decade, and claims that it is building at record levels. However, experts have warned that figure is not high enough to cope with the rising demand for affordable homes.