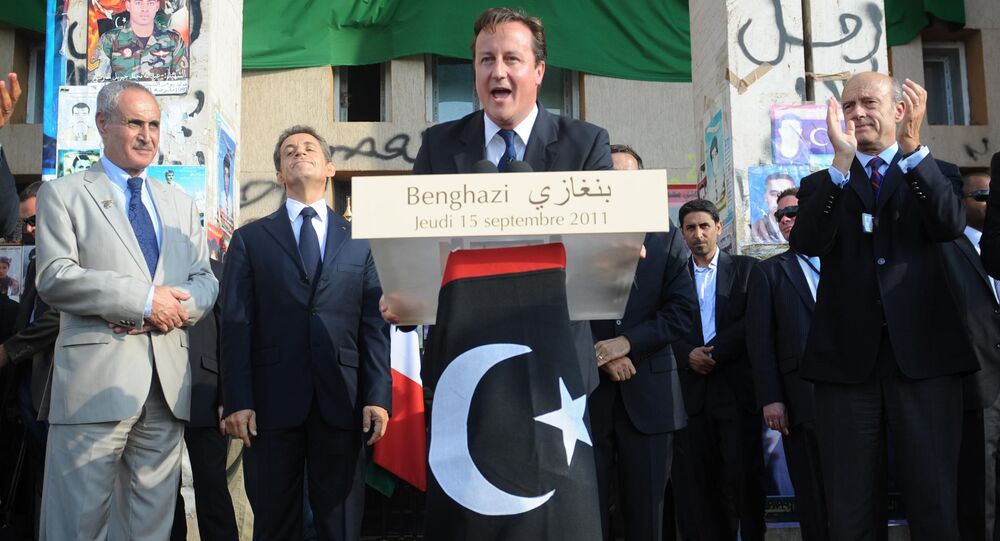 The latest report into the UK-French-led invasion of Libya once again sheds light on poor intelligence and appalling planning behind UK involvements in military campaigns, with ex-PM David Cameron receiving similar criticism to Tony Blair over his decision to join the US invasion of Iraq.

The UK Parliament foreign affairs committee has released a damning report into the invasion of Libya in March 2011, when the United Kingdom and France, with the support of the United States, led the international community to support an intervention in Libya to protect civilians from attacks by forces loyal to Muammar Gaddafi.

Read the findings of our #Libya inquiry in our latest report https://t.co/f7mPMrxuzJ pic.twitter.com/UoVdKvArZo

​The report found that: "This policy was not informed by accurate intelligence. In particular, the Government failed to identify that the threat to civilians was overstated and that the rebels included a significant Islamist element. By the summer of 2011, the limited intervention to protect civilians had drifted into an opportunist policy of regime change.

"That policy was not underpinned by a strategy to support and shape post-Gaddafi Libya. The result was political and economic collapse, inter-militia and inter-tribal warfare, humanitarian and migrant crises, widespread human rights violations, the spread of Gaddafi regime weapons across the region and the growth of ISIL in North Africa."

In September 2011, the UK Prime Minister David Cameron and French President Nicolas Sarkozy were given a rapturous reception as they toured Tripoli and Benghazi.

© AFP 2020 / Stefan Rousseau
Then British Prime Minister David Cameron (R) gestures next to then French President Nicholas Sarkozy as they arrive at Benghazi airport on September 15, 2011.

"It is great to be here in free Benghazi, and free Libya. Your city was an inspiration to the world as you threw off the dictator and chose freedom. People in Britain salute your courage," he said.

Five years on — and now no longer prime minister and quitting frontline politics — history has judged him with the report concluding:

"Through his decision making in the National Security Council, former Prime Minister David Cameron was ultimately responsible for the failure to develop a coherent Libya strategy."

The report echoes Sir John Chilcot's inquiry into the lessons learnt from the 2003 invasion of Iraq, when Tony Blair — then UK prime minister — supported George W. Bush.  The report found that policy on Iraq was based on flawed intelligence and assessments and that the legal case for going to war was "far from satisfactory."

With the latest report into Libya presenting a damning verdict on Cameron and Chilcot's barely disguised criticism of Blair, the UK's recent history of military intervention has been found to be deeply flawed.