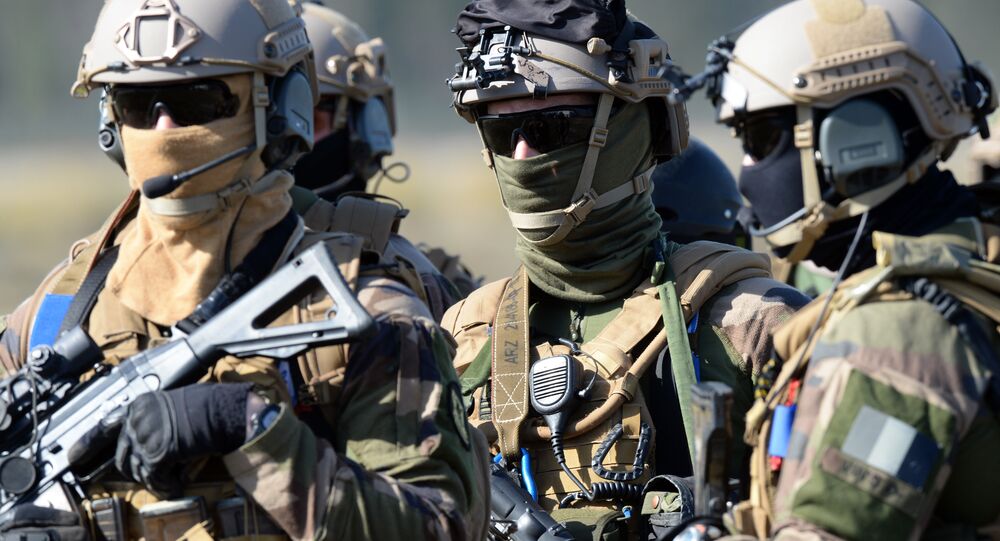 In the aftermath of Brexit, the EU wants to merge its members' existing defense agencies and establish its own army by 2018, sources in the EU told Russian newspaper Izvestiya.

© Flickr / Commander, U.S. Naval Forces Europe-Africa
How Italy Became a 'US, NATO Military Laboratory'
On Thursday the Defense Ministers of France and Germany will present their plans for an "EU army" to other members of the union at an EU Council summit in Bratislava.

A source at the EU Commission told Russian newspaper Izvestiya on Tuesday that by 2018, Brussels wants to "determine (the army's) priorities, identify threats and also agree on what actions should be taken and what is considered acceptable in the use of military force."

Colonel Dalmau, a representative of the EU's European corps military force, told Izvestiya that the impact of Brexit has given renewed impetus to the EU's plans to form a joint military force.

"In Europe they have been talking about creating a joint army for a long time, and this issue has returned to the agenda after Brexit. Of course, we can't take these kinds of decisions ourselves."

Dalmau said that the Strasbourg-based Eurocorps could take on a greater role in EU defense, but would need orders from EU politicians to do so.

© AFP 2021 / DPA / PETER ENDIG
Goodbye NATO? Brexit Threatens to Speed Up Creation of a Pan-European Army
While the UK, along with France, is a key military power in the EU, London had resisted attempts to forge a united European army, instead arguing that NATO should have primacy in the defense of Europe.

"A European Army is not remotely on the cards. We have a veto, we'll never join one, nor allow anything that undermines NATO," then UK Foreign Secretary Philip Hammond said, a month before Brexit.

However, the UK's exit from the bloc has led EU leaders to renew their calls for closer military cooperation. Last week EU foreign affairs chief Federica Mogherini told Italian newspaper La Repubblica that Brussels now has a chance to implement the idea.

"For the first time since the failure of the European Defence Community in 1954, I believe a window of opportunity has been opened to give life to a European defence," she said, proposing that the EU set up a military headquarters in Brussels that would manage future military interventions.

Shortly after the Brexit vote on June 23, the Foreign Ministers of France and Germany presented Eastern European EU members with a plan for an EU superstate in the aftermath of Brexit.

© AP Photo / Virginia Mayo
Сzech Party Calls for Referendum on Country's Withdrawal From NATO
Aside from NATO, EU members have formed several defense agencies, such as the European Air Group and the European Maritime Force. However, a minority of EU countries participate in them. The Brussels-based European Defense Agency was set up in 2004 to foster closer European defense cooperation.

The Eurocorps is the closest thing to an "EU army," with approximately 1,000 soldiers stationed in Strasbourg. France, Germany, Belgium, Spain and Luxembourg have been "Framework Nations" since the 1990s, while Poland, Greece, Italy and Turkey currently have the status of "Associated Nations" in the organization.

Soldiers from the Eurocorps have been deployed in foreign missions in Bosnia-Herzegovina in 1998, in Kosovo in 2002, and also served several stints in Afghanistan.