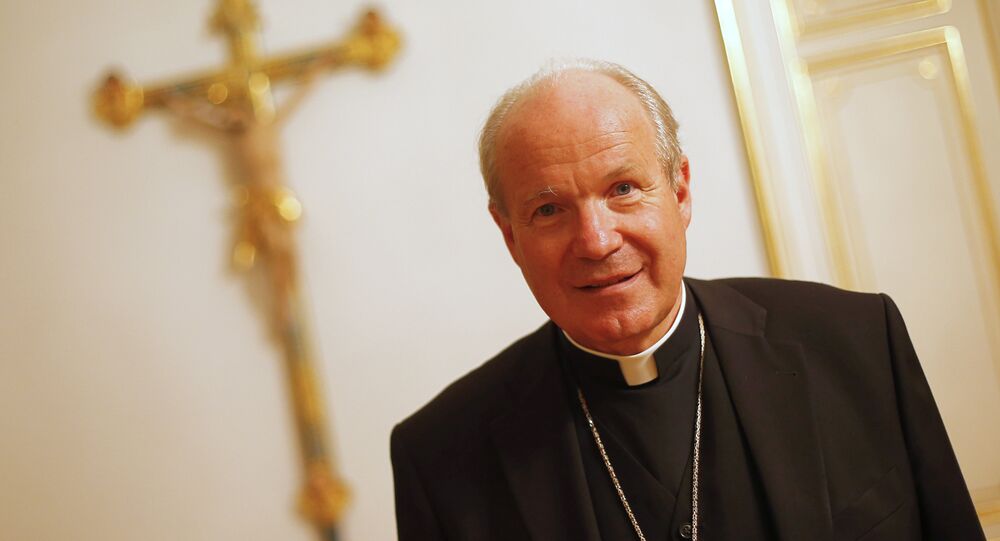 An Austrian Cardinal has told a group of festival goers in Vienna that some Muslims "want to eradicate Christianity."

Speaking at an event to commemorate Christian forces victory over the Ottomans 333 years ago, Cardinal Christoph Schonborn issued his warning at the "Holy Name of Mary" festival, suggesting that some Muslims wanted "an Islamic conquest of the Europe."

​According to the Archdiocese of Vienna, the cardinal also said:

"Will there be an Islamic conquest of Europe? Many Muslims want that and say: Europe is at the end."

Schonborn, tipped to become the next Pope, reportedly asked God to have mercy on Europe and to show mercy to its people who "are in danger of forfeiting our Christian heritage."

Might the Austrian Cardinal,
Christoph Schoenborn's be the new pope? He was a favorite.

​He said that some Christians already felt a sense of lost: "not only economically, but above all, in human and religious matters."

The cardinal issued his warning during Austria's commemorations of the Battle of Vienna on the 11-12 September 1683, when 333 years ago Christian forces defeated 100,000 soldiers from the invading Ottoman Empire, under the command of Polish King John III Sobieski.

​Ottoman soldiers were said to be poised to capture Austria's capital Vienna, when Polish horsemen attacked them from behind, forcing the Turkish army to retreat.

Today, tensions remain high once again between Turkey and Austria, after Austria's Foreign Minister Sebastian Kurz said he would do everything possible to prevent Turkey from joining the European Union.

The event, where Christoph Schonborn issued his warning, was held at Vienna's Palais Ferstel and included a speech from Vienna's Vice-Mayor, Johann Gudenus and the leader of Austria's far-right Freedom Party, Norbert Hofer.

Turkey Recalls Ambassador to Austria Over Pro-Kurdish Rally in Vienna