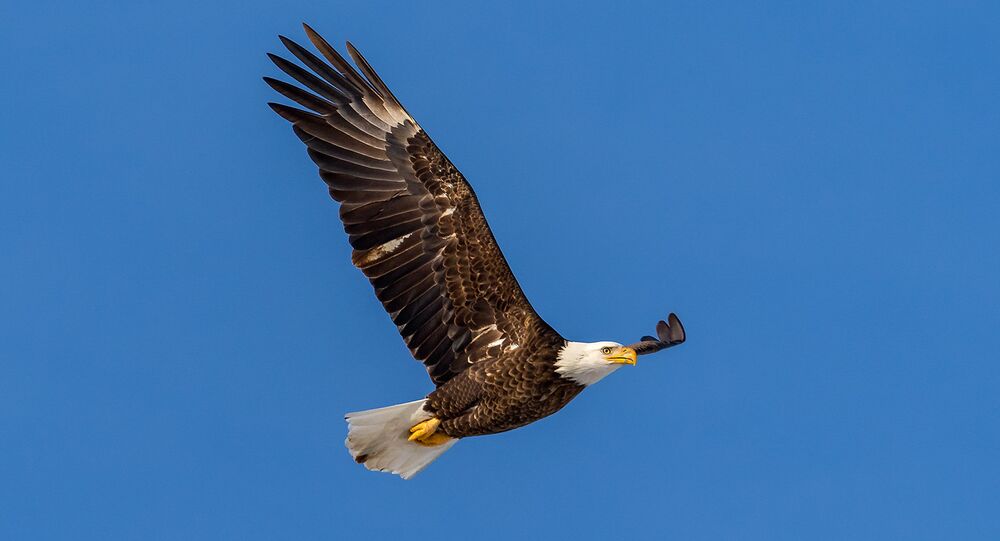 MOSCOW (Sputnik) — According to The Guardian newspaper, similar tests have been conducted since 2015 as the number of drones disobeying to police directives have significantly increased.

"It’s a low-tech solution to a high-tech problem… None of the eagles were hurt, but as for the drones, none of them survived… The eagles see the drones as prey and intercept them as they are flying, before landing where they feel safe with the drone still in their claws," police spokesman Dennis Janus said at a public demonstration of eagles' skills as quoted by the media outlet.

The police have already procured a number of birds, which are expected to start patrolling the air space in summer 2017, according to the media outlet.