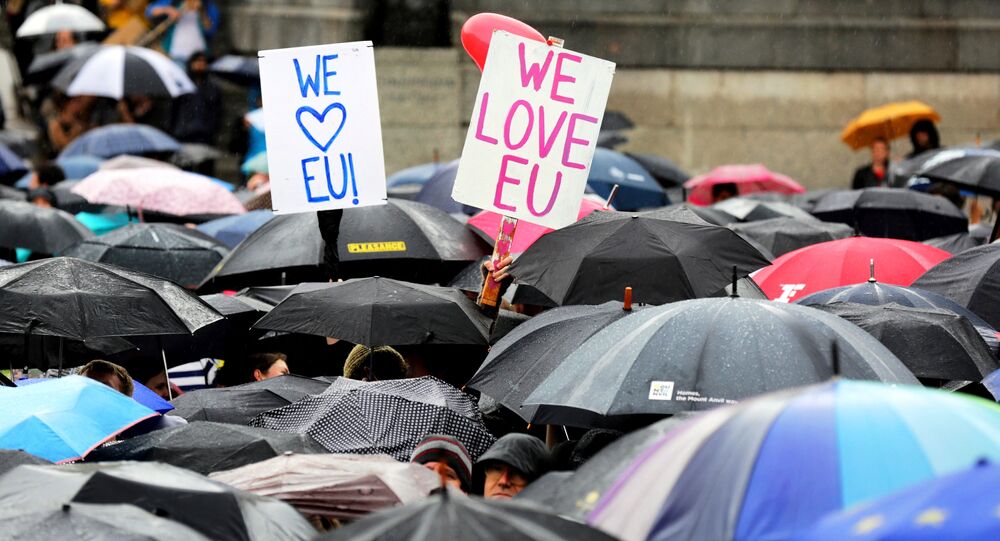 Brussels Opens Doors to Migrants, But Slams Them Shut on UK People After Brexit

Traveling to mainland Europe may become more complicated for UK citizens in the aftermath of Brexit, as the European Union is working on a new scheme that will toughen entry rules to the bloc.

© Flickr / http://www.wellingtonstravel.com
If You Can't Remain, Become a Dane: Britons Scramble for Danish Citizenship
The new law for the EU’s travel information and authorization system (Etias) will require visitors to Schengen area, consisting of 26 European nations, to apply for visa. The scheme is being prepared in the framework of a comprehensive action plan to tackle terrorist inflow into the united Europe, in the wake of a string of high profile attacks that shook Belgium and France in the last year and a half.

The European Commission is expected to unveil the new requirements this year, according to media reports. The scheme will be working in the manner of the US Electronic System for Travel Authorization (ESTA) system.

ESTA suggests that travelers from countries that do not require full visas have to register online before the trip. After that the US immigration service decides if a person preparing for trip is eligible to get into the country.

As of today, British people travel throughout the EU without short-term visas. But in future, they “would certainly be subject to the [EU ESTA] obligations,” said to the Guardian Camino Mortera-Martinez, a research fellow at the Centre for European Reform.

As tens of millions Brits go to Europe annually, the new restrictions can see an increased resistance from UK passports holders, according to Steve Peers, a professor of EU law at the University of Essex.

© REUTERS / Damir Sagolj
'I’m About to Lose Control and I Don’t Think I Like It': May in Spat With Her Own Brexit Minister
Peers said that a resolution to the problem would be an agreement similar to those that Brussels had made with Norway or Switzerland, which are not the EU members, but aren’t obliged to apply for visas.

Mortera-Martinez added that such a deal should definitely on the table during Brexit negotiations between Brussels and London, after referendum “Britain will be a third country like Turkey.”

The EE has already proposed a row of moves to enhance security amid the migrant crisis and terror threat. In particular, passenger name record initiative that requires air companies to hand over passengers’ personal information to EU authorities was rolled in.