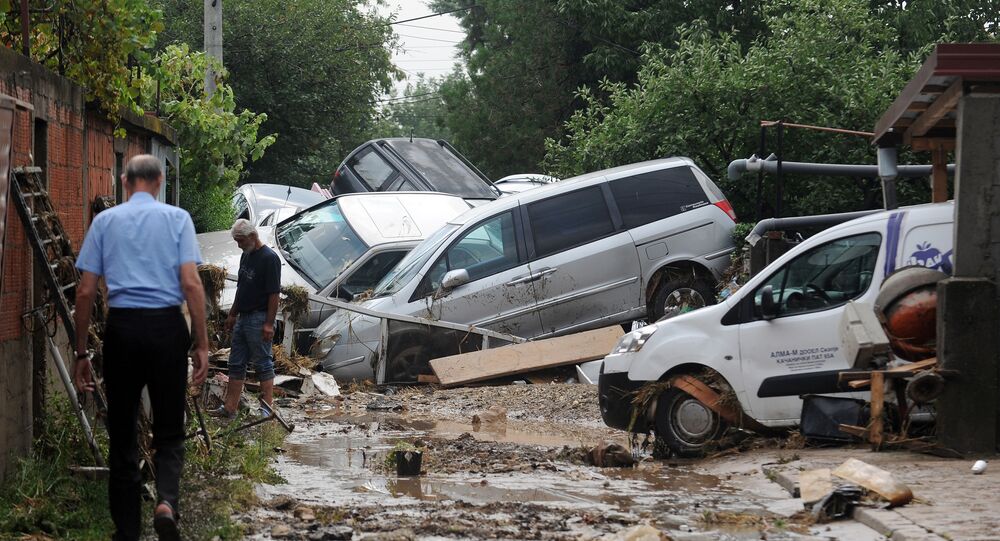 The Russian Emergencies Ministry's humanitarian convoy has left for Macedonia to provide relief following severe flooding in the country, the ministry said Saturday.

© Sputnik / Evgeny Epanchintsev
Russia Prepares Humanitarian Aid Convoy to Macedonia After Floods
MOSCOW (Sputnik) — In August, storms and torrential rains triggered floods in Macedonia, in particular, in the capital of Skopje and western parts of the country. The natural disaster has claimed at least 22 lives and injured over 70 people. As a result of the flood, thousands of households and farms were destroyed, or suffered considerable damage.

The convoy heads for Skopje, on the request of the Macedonian authorities. Its route runs both through land and sea. According to the ministry, the convoy will head for Novorossiysk, from where it will go by ferry to the Bulgarian city of Burgas via the Black Sea, and from Bulgaria it would leave for its final destination.