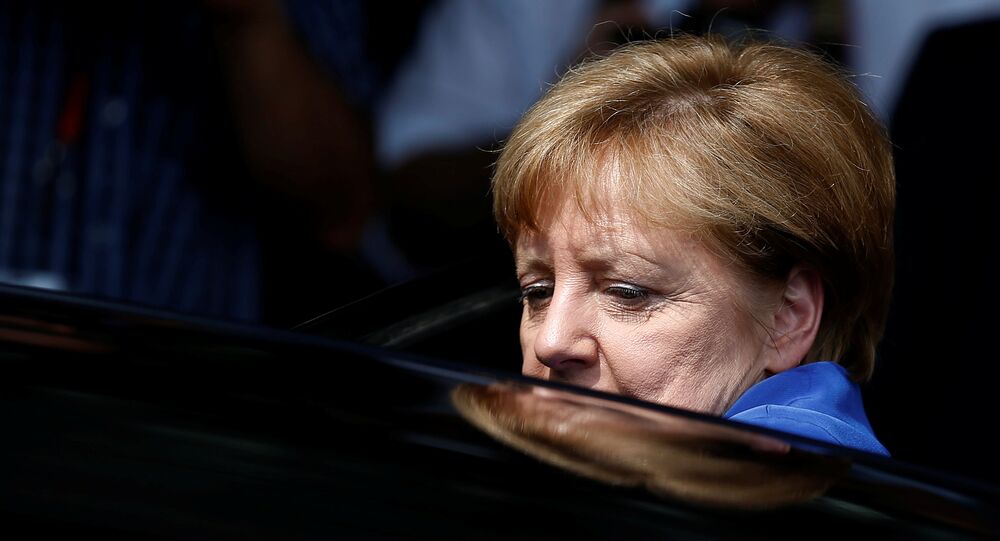 This is the Meeting That Merkel 'Should Be Afraid of'

On Friday, Southern European countries are taking part in a meeting in Athens to find a solution to the economic downturn and the austerity policy that has split the EU member states into two camps.

According to German newspaper Die Welt, this is the meeting, which German Chancellor Angela Merkel "should be afraid of" as it will challenge the controversial austerity policy imposed by Germany and other creditors in order to "help" the southern EU members, and in particular Greece, out of the financial crisis.

"Tsipras' mini-summit in Athens is not a place for a small talk, but a meeting which should make Chancellor Merkel shiver," the newspaper wrote.

© Flickr / Theophilos Papadopoulos
EU Refers Greece to European Court in Latest Brussels-Athens Standoff
According to the newspaper, the timing of the mini-summit has not been chosen accidently. The meeting is taking place one week before the EU summit in Bratislava during which the EU countries are supposed to "restore a sense of political unity."

Meanwhile, the participants of the current meeting in Athens apparently have a different understanding of what a united Europe should look like.

"They want more of Europe, they want a Europe in which such strong countries like Germany would help weaker ones. They want a different EU," the newspaper wrote.

Earlier, Greek Prime Minister Alexis Tsipras criticized Germany's policy saying that if it won't give up its austerity measures, the EU will be on the edge of dissolution.

The motto of the meeting will be "economic growth instead of austerity". During the meeting, Greek Prime Minister Alexis Tsipras will host his colleagues from France, Portugal, Italy, Malta, Cyprus and Spain.

According to Greek authorities, the summit is aimed at "boosting cooperation between the EU's Mediterranean countries so that these countries would increase their influence on the European politics." The summit is expected be the beginning of a series of other meetings of that kind.