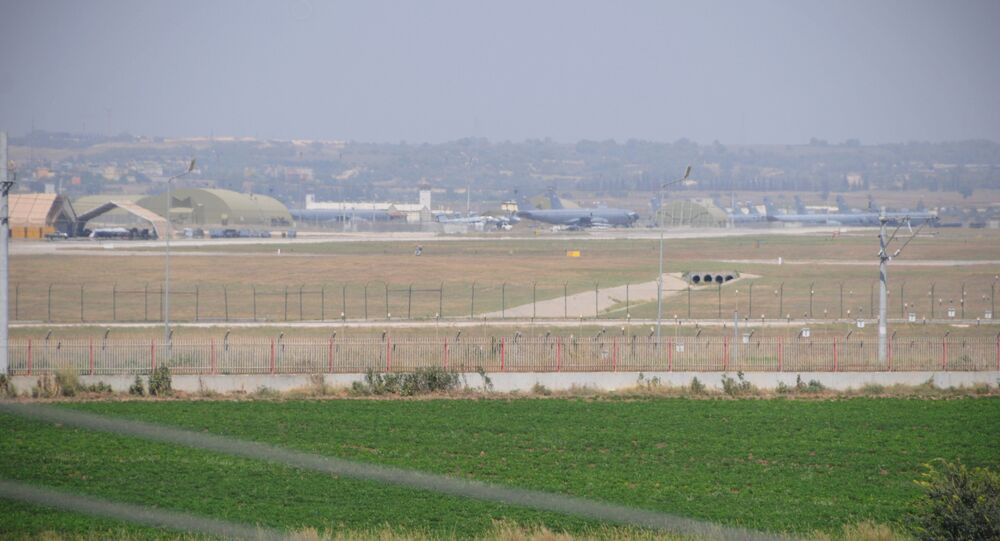 German lawmakers will be able to visit the Incirlik air base in southern Turkey in October as the country distanced itself from the recognition of Armenian genocide, Turkish Foreign Minister Mevlut Cavusoglu said on Friday.

© AFP 2021 / Tobias Schwarz
German Officials Allowed to Incirlik After Distancing From Bundestag Resolution
ANKARA (Sputnik) – On Thursday, the Turkish government allowed German lawmakers to visit Incirlik Air Base after restricting them access to the facility in June.

"Germany made a very important statement, which must be an example and a lesson for everybody. They said that the term genocide is juridical not political one. And a court’s verdict is needed in order to recognize the situation genocide. This statement satisfied us, that is why we told the German government that the commission that will arrive to us in early October will be allowed to visit Incirlik after the necessary German request," Cavusoglu said at a press conference.

He also called the German recognition of the Armenian genocide nonsense.

In June, Ankara restricted a delegation of German lawmakers access to the air base where some German forces are stationed. Cavusoglu said last month that German officials would be able to visit the base if the German government distanced itself from a Bundestag resolution recognizing the early 20th century massacre of ethnic Armenians by the Ottoman Empire as genocide. On September 2, German government spokesman Steffen Seibert said that Bundestag resolution was not legally binding.

The Incirlik Air Base hosts six German Tornado reconnaissance jets aircraft, as well as jets from the United States, the United Kingdom, Saudi Arabia and Qatar that are participating in the US-led coalition against the Islamic State, which is outlawed in many countries including Russia.

Germany to Have Access to Incirlik Base If 'Behaves as Now'