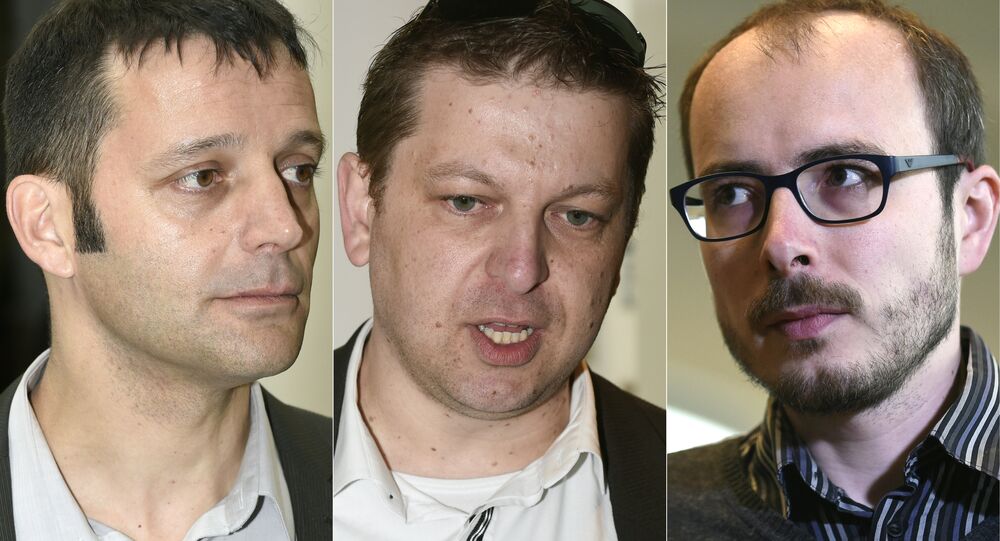 More than 100 Members of the European Parliament (MEPs) have called on the EU to fight and overturn the guilty verdicts received by two whistleblowers, who were given suspended sentences in Luxembourg, for revealing sweetheart tax deals granted to multinationals.

© REUTERS / Vincent Kessler
MEPs at Loggerheads Over LuxLeaks Verdicts and Whistleblower Rights
Antoine Deltour and Raphael Halet — both former employees of tax specialists PricewaterhouseCoopers — were, June 29, found guilty of stealing documents, revealing business secrets and violating trade secrets. Deltour was handed a 12 month suspended sentence, while Halet was given a nine month suspended sentence. They also received suspended fines of US$1667 and US$1111 respectively. Edouard Perrin, the journalist who shed light on the affair, was acquitted.

The scandal emerged when the International Consortium of Investigative Journalists released a series of documents exposing Pepsi, IKEA, AIG, Coach, Deutsche Bank, Abbott Laboratories and nearly 340 other companies which had secured secret deals from Luxembourg that allowed many of them to slash their global tax bills.

"We, the undersigned Members of the European Parliament, are writing to express our support and solidarity with you in light of the on-going judicial proceedings against you in Luxembourg. We salute your courage over the past years and your tenacity in trying to overturn the 29 June verdict. Clearly, the Luxembourg Leaks had a decisive impact for the debate on tax transparency and tax justice. The European Citizen's Prize for Antoine Deltour in 2015 underlines this," the MEPs said in their letter.

© Flickr / Tristan Schmurr
Luxembourg Prosecutor Appeals Verdicts on 'LuxLeaks' Tax Scandal Whistleblowers
"We can only but agree with judge Marc Thill who stressed in his deliberations that both of you should be considered as whistleblowers and that the facts which you exposed are of crucial public interest by virtue of their contribution to a more transparent and fairer tax system. We certainly respect the independence of the Luxembourg judiciary but we were shocked and angered by your conviction despite the recognition by the court of your status."

The European Commission has demanded tech giant Apple pay US$14.5 billion in back taxes after a landmark ruling that the company's "sweetheart deal" with tax authorities in Ireland does not comply with the EU rules on state aid.

On June 11, 2014, the Commission initiated an investigation of an advance pricing arrangement provided by Luxembourg tax authorities to a Fiat financing company based in Luxembourg. The Commission has issued a final decision that the arrangements constitute State Aid. The decision is on appeal to the EU General Court.

​On October 7, 2014, the Commission initiated an investigation of advance pricing arrangements provided by Luxembourg tax authorities relating to the transfer price of royalties paid by an Amazon Luxembourg affiliate. The Commission has not issued a final decision; however, its preliminary view is that the arrangements constitute State aid.