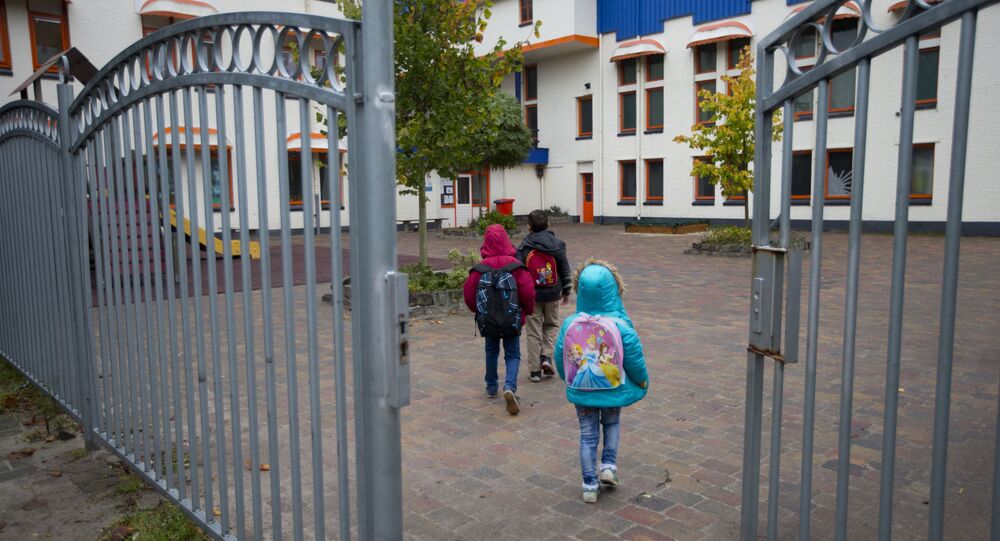 A Danish school in the town of Aarhus has come under fire following a decision to separate students of Danish descent from immigrants, in a bid to deal with the consequences of last year’s migrant crisis.

© AP Photo / Thanassis Stavrakis
World of Difference: Immigrant Children Have Less Empathy, Danish Study Shows
The Langkaer upper secondary school has required that at least 50 percent of students in three of seven first grade classes this year must be of Danish descent. The rest of the children will be both migrants that have entered Europe in the last year and native-born Danes whose older relatives migrated to the country in previous years.

Since the beginning of the current EU migrant crisis, the Langkaer school, and Denmark in general, has seen migrant inflow levels surge. As of now 80 percent of students in Langkaer are migrants, a significant increase compared to 2007, when non-Danish students stood at 25 percent of the total.

"For real integration to take place in a class there has to be sufficient numbers from both groups for it to happen,” school head Yago Bundgaard said in an interview with DR, adding that students were chosen based on the sound of their names.

The move caused outrage among advocate groups, labeling it ethnic segregation and a refusal to assimilate newcomers into the country.

“It is pure discrimination when you sort people according to whether they are white or brown Danes,” Jette Moller, president of the nongovernmental organization SOS Against Racism, said in local newspaper Jyllands-Posten.

© REUTERS / Pascal Rossignol
Law of the Jungle: Calais Citizens Living on the Brink (PHOTOS)
Turkish-born Danish politician Ozlem Cekic slammed the program as a “signal that the whites must be protected from the brown,” and vowed to file a complaint with Denmark’s Equality Board.

Danish education minister Ellen Trane Norby promised to order the school to conduct a report on the issue.

"The fundamental problem is that we in Denmark have… schools with a too high ratio of students with a different ethnic background than Danish,” she posted on Facebook.

Many countries have established systems to assimilate migrants, with countries including Germany creating “international classes” for students. Denmark, however, has been consistently targeted in multiple media reports as a country that is not welcoming to immigrants.

UK May Grant Privileges to High-Skilled Migrants After Brexit