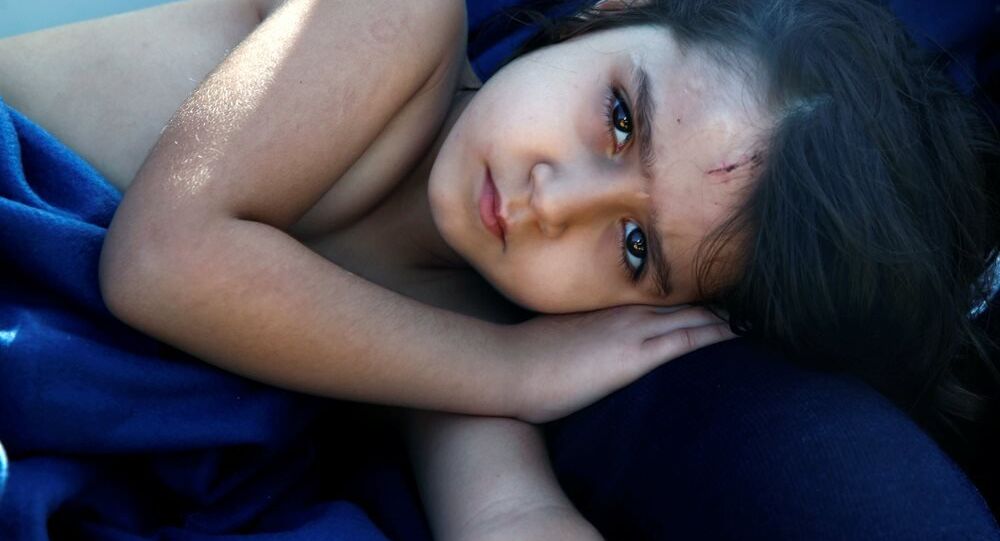 A Freedom of Information (FOI) request has revealed that in the last five years hundreds of children who came to the UK as refugees have gone missing and experts say that the Home Office need to take responsibility and provide better services to young people.

The FOI request was placed by a national UK newspaper who obtained figures from the Home Office showing that a total number of 9,287 children had arrived to the UK as "unaccompanied minors" over the past five years. Eighty one of the 360 vanished children have been missing for five years, a further 77 disappeared four years ago.

Rupinder Parhar, policy officer at the Children's Society, told Sputnik there are several reasons for these children going missing.

One of the reasons was the changes made to legal aid in 2012, which resulted in many refugee children being unable to have full access to services necessary to feel settled in the UK.

However, Ms Parhar said that the main reason the UK is witnessing so many unaccompanied refugee minors going missing comes down to the lack of support given to children when they arrive in the country.

UK government pledged in the Modern Slavery Act 2015 that they would introduce independent child trafficking advocates, who would act as a support network to children and young people and would accompany them to meetings with social services and other key stakeholders.

However, this is a promise that the government is yet to deliver on and could be a key reason for the huge number of missing refugee children in Britain, who some fear have been trafficked or worse still killed.

If the child is not linked to the correct services, they may feel alienated and run away due to the lack of support. Having someone like a guardian in place could help reduce the number of people going missing.

The link between reduced access to the right services and a child going missing is obvious, according to the Children's Society, who say that the child may think if the meeting with social services doesn't go well or they are unable to access the right accommodation, then they will be sent back to a war torn country. As a result they run away and this tends to happen the closer the young person is to the age of 18.

"We welcome the government's pledge to introduce Independent Child Trafficking Advocates, as part of the Modern Slavery Act 2015, which we hope will see trafficked young people being supported more thoroughly when navigating complex systems such as social care, immigration, healthcare etc. We also welcomed the government's commitment, as outlined in the Immigration Act 2016, to bring in more unaccompanied asylum seeking children," Ms Parhar told Sputnik.

“I lived in #Calais Jungle for a whole year. It was the worst year of my life” Samir, unaccompanied minor from Syria pic.twitter.com/Jrgp5K63H0

"However, we wish to see a greater commitment to ensuring that the infrastructure is in place to support these young people and help to reduce the numbers that are going missing."

The second issue that Ms Parhar highlighted came down to specialist services. There is a lack of accommodation for unaccompanied and separated migrant children, which acts as a barrier to the young people feeling supported and settled, she says.

Emily Bowerman, programs manager for Refugee Support Network, shared a similar view to the Children Society and expressed the need for better services for unaccompanied minors, mainly due to their vulnerability.

65 years of the UN Refugee Convention, more than 10,000 children are missing on our continent and hundreds more have disappeared in the UK.

"Unaccompanied and separated children who make the journey to safety in Europe are among the most vulnerable members of our society. By supporting these young people with their education, we're enabling them to integrate into their local communities and build more hopeful futures for themselves. We are deeply concerned that a number of them are simply going missing and we join those who are calling on the government to ensure that these children they are not failed by a system which should exist to keep them safe," Emily Bowerman, told Sputnik.

House and Home: Locals Loath to Part With Refugees in Finnish Idyll