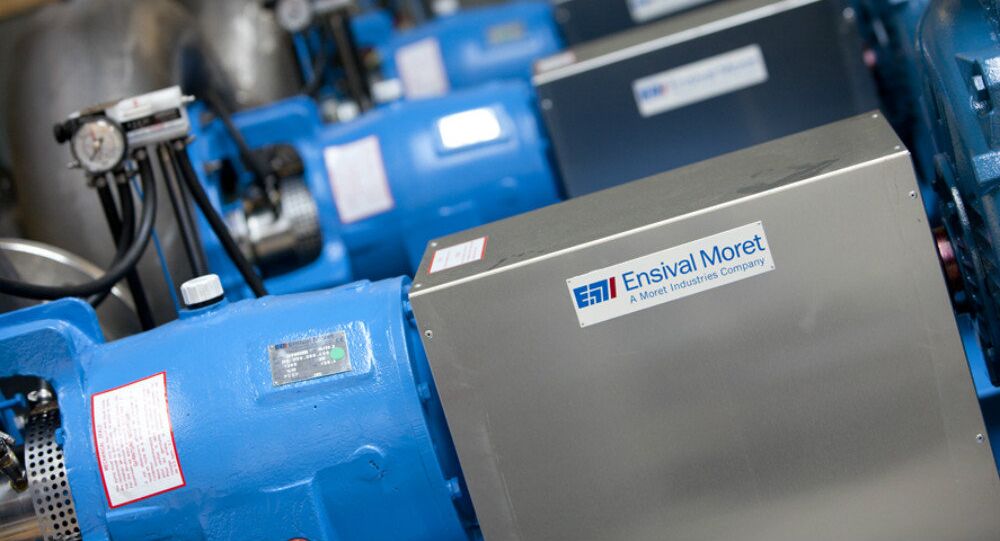 France’s Moret Industries Group believes that the anti-Russia sanctions should be lifted, a manager of Moret’s subsidiary Ensival Moret told Sputnik on Thursday.

"Those sanctions should be lifted. It is very bad for business. We wish to start working with the Russian Navy. Here, at the expo, we were in touch with Rubin Central Design Bureau for Marine Engineering and the United Shipbuilding Company but again they said that we cannot cooperate straight due to sanctions," Ensival Moret’s navy and nuclear department manager Bruno Labranche said on the sidelines of the Army-2016 military expo taking place near Moscow.

According to Labranche, Russia’s United Shipbuilding Corporation plans to build 15-20 ships during the next ten years, and the company can offer the equipment for those vessels.

Ties between Russia and the European Union suffered a severe blow after Crimea became part of Russia in 2014. The West accused Moscow of meddling in the conflict in eastern Ukraine, imposing political and economic sanctions on Russia. The Kremlin has repeatedly refuted the accusations and introduced counter measures, banning a list of EU products.