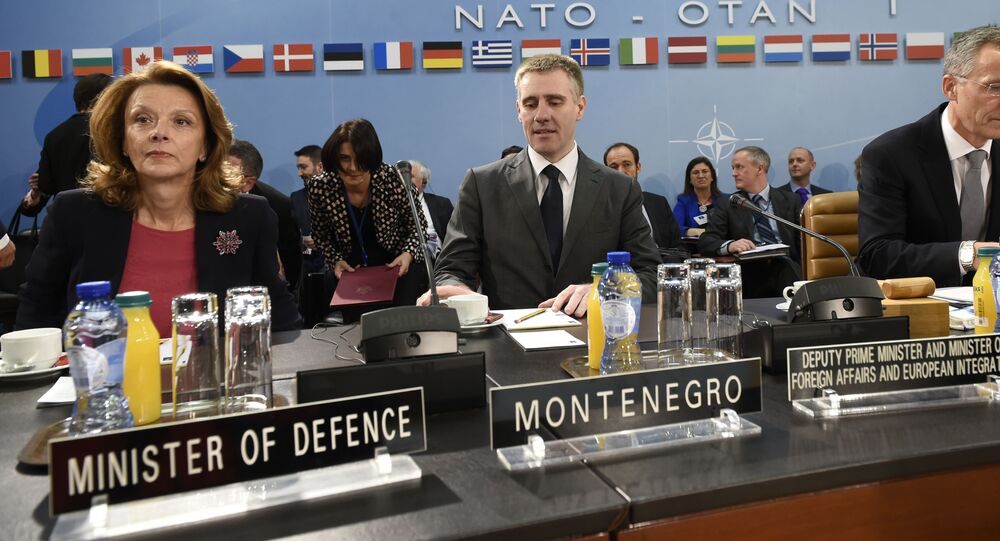 NATO membership will not bring any benefits to people of Montenegro, Andrija Mandic, one of the leaders of the country's opposition political alliance, the Democratic Front, told Sputnik.

© REUTERS / Kacper Pempel
NATO' Future: 'Era of Free-Riding' is Coming to an End for Europe
In an interview with Sputnik, Andrija Mandic, one of the leaders of Montenegro's opposition political alliance, the Democratic Front, warned against his country joining NATO, a membership that he said will never bring any benefit to people of Montenegro.

The interview came after the Democratic Front's first meeting ahead of the October 16 parliamentary elections in Montenegro, which will take place in the town of Niksic.

According to Mandic, his country should not enter NATO, which bombed Montenegro in 1999. He said that he majority of Montenegro's citizens do not see their country as a member of the alliance.

In this regard, he scoffed at incessant efforts by Montenegro's Prime Minister Milo Djukanovic to present NATO as "a charitable organization, a cultural club, or a musical group on tour."

"NATO will not create any workplaces in Montenegro, nor give any money or provide any investment. Montenegrins are well aware that all these speculations on NATO are nothing but an attempt to hide the real state of affairs. Montenegro should not lose a single day any longer, and all these stories about NATO are just a waste of time, he said.

He stressed that Montenegro has no time to wait and see what "this corrupt government" decides because he said the country is seeking "to return to its traditional values" as soon as possible.

In July, UK Defense Secretary Michael Fallon said that Montenegro has met all the criteria to join the Alliance by early October.

On December 2, 2015, NATO invited Montenegro to join the military bloc, in its first expansion into Eastern Europe in six years.

© Sputnik / Vasily Raksha
Montenegro to Win From Brexit While Seeking Own Referendum on NATO Membership
Podgorica accepted the invitation the following day, in a move that immediately triggered protests in the Balkan nation.

Meanwhile, US Deputy National Security Advisor Ben Rhodes said that no other countries are prepared to join NATO after Montenegro, which is set to become an alliance member.

"We do have openness to additional countries joining NATO. While we have an open-door policy, I could not tell you today that there is any one country after Montenegro that is ready to become a member of NATO," Rhodes said.