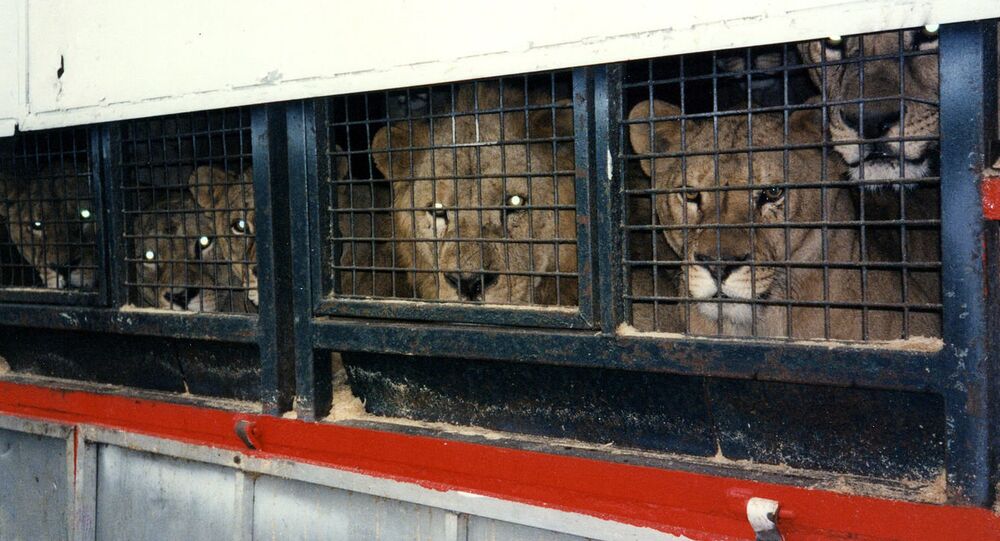 Scotland is to become the first part of the UK to ban wild animals in traveling circuses. The move is being welcomed by animal rights activists who call the practice "a Victorian anachronism."

Scottish First Minister Nicola Sturgeon outlined her plans in the Scottish Parliament on Tuesday (September 6), which include intentions to introduce a Wild Animals in Circuses Bill.

The new Scottish Bill follows a public consultation two years ago, in which 98% of the Scottish public overwhelmingly backed a ban.

Also in 2014, it was revealed that five large cats — three tigers and two lions — were being kept in tiny cages on a farm in the far northeastern corner of Scotland, even during the Scottish winter. Photos showing the large animals repetitively pacing in their small cages caused uproar, highlighting the failure of any part of the UK to pass legislation banning the use of wild animals for public display attractions.

Now, Scotland has taken the lead, in a move that has been welcomed by animal welfare charities.

"By their very nature, traveling circuses cannot provide animals with the exercise or facilities they need. Animals in circuses are severely restricted in every aspect of their lives — small spaces, barren environments; their life is one of boredom and frustration, often punctuated by abuse. They spend almost their entire lives on the road, moving from one makeshift encampment to another," Devon Prosser from Animal Defenders International told Sputnik.

"Once a circus animal is broken, it'll probably spend the rest of its life performing more or less the same routine. The public don't get to see the animals in training, but only in rehearsal when they are performing the same tricks they may have done for five, ten or more years."

Calling the practice of wild animals being forced to perform for the public, "a Victorian anachronism," Mr. Prosser called for the rest of the UK to follow Scotland's example.

"We hope that England and Wales will follow suit with Scotland. The government announced in 2012 its intent to ban the use of wild animals in circuses in England, with legislation drafted the following year and manifesto commitment made last year.

"Although a timetable for bringing in the new law has yet to be announced the government has repeatedly reiterated its commitment to legislate. Wales has also stated its intention to take action on the issue but again no timetable has yet been announced for legislation to be passed."

Wild animals that are currently licensed for use in England include: camels, foxes, macaws, raccoons, reindeer, and zebra.

Worldwide, there are currently 30 countries which have some sort of ban on the practice.

There must be way toughen these pathetic laws. @UK still hasn't passed the #circusban on Exotic Animals in Circuses https://t.co/z1Z58x6sA3

"In 2006, 20 circuses toured with around 100 wild animals including 19 elephants and 38 lions & tigers. Today there are only two circuses with 17 wild animals.

"The sharp decline in animal circuses has been matched by an increase in animal-free circuses. As shown by their huge popularity, shows like Cirque du Soleil are far more entertaining than animals performing pointless tricks."

A wild animal ban is also supported by the Federation of Veterinarians of Europe who have urged nations to:

"Prohibit the use of wild mammals in travelling circuses across Europe since there is by no means the possibility that their physiological, mental and social requirements can adequately be met."

Circus All Around: Dog Rides on the Back of the Scooter