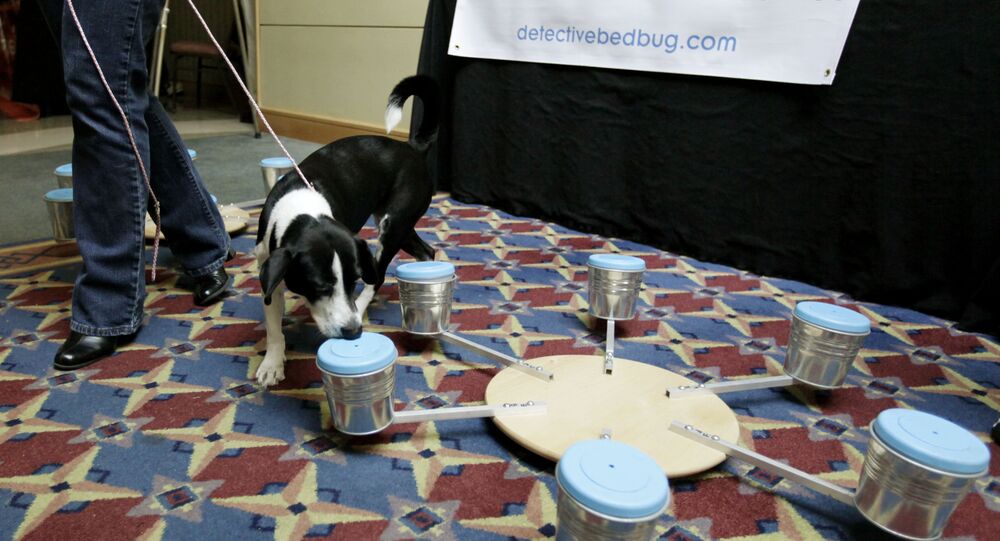 Hotel owners are using trained sniffer dogs to combat the increasing problem of bed bugs in Austria. The outrageous idea was originated in the United States.

In most cases, hotel guests bring bed bugs in their luggage. These pesky parasites are the size of an apple seed, just a few millimeters across, and they feed on human blood.

These microscopic bugs cause a feeling of discomfort accompanied by dreadful itching as well as leaving welt-like bites. It is expensive to get rid of them, especially if they follow you home.

Bed bugs live in warm buildings, usually in beds and bed sheets. They are most active during the summer.

© AFP 2019 / Dieter Nagl
Living on Locusts and Wild Honey: Swedes to Enjoy a Diet of Insects and Algae

“We are usually called in by the hotel owners themselves — either because they know what to look for and suspect they have bed bugs or because a guest has complained about being bitten,” said pest control expert Benedict Segur-Cabanac.

The pest control expert then explained specially trained sniffer dogs can be used to trace down bed bugs due to their highly developed sense of smell. Bed bugs have a very special and distinctive smell, making it easier for a trained dog to reliably detect the parasite.

At the same time, hoteliers train their personnel to spot signs of these bugs, and do general cleaning before the opening of the season, according to Reinhold Hauk of the Salzburg Chamber of Commerce.