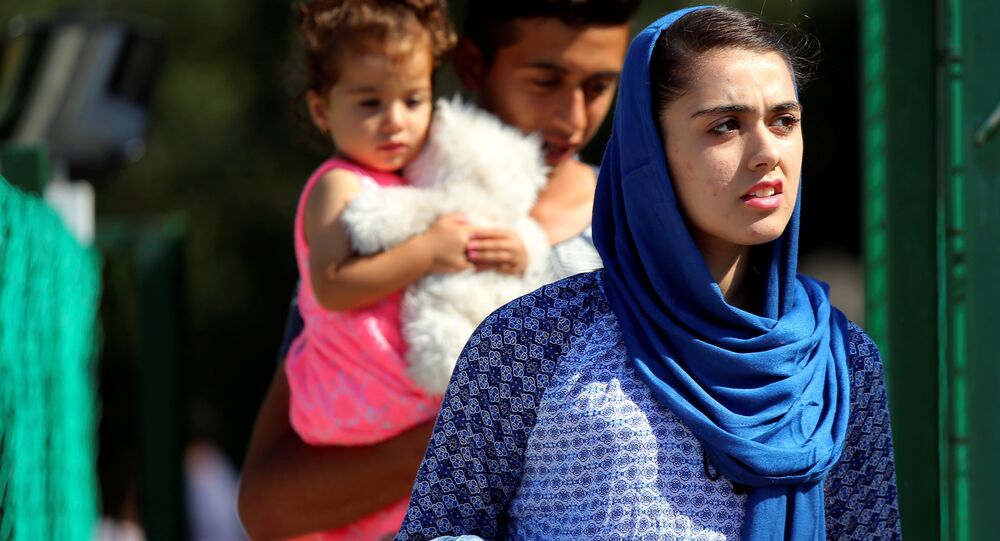 Austria's interior minister Wolfgang Sobotka, has threatened to take Hungary to court if it refuses to take back migrants who traveled through Hungary first, before reaching Austrian borders.

More than a million migrants and refugees have crossed into Europe since the migrant crisis began in 2015. The mass influx of so many people, many destitute and traumatized from conflicts in war zones in Syria and Iraq, have left European countries struggling to cope with the influx.

There were 244 million international #migrants worldwide in 2015, the highest ever recorded #UN4RefugeesMigrants pic.twitter.com/PKS23zRiuC

And Austria is no different. A country with a population of just 8.5 million has taken in more than 110,000 asylum seekers since last summer, a figure than many Austrian authorities say is too much, too fast.

The response from Vienna on Wednesday came in the form of a threat to Austria's south-eastern neighbor, Hungary. Interior Minister Wolfgang Sobotka, speaking to Austria's ORF radio, insisted:

"States or groups of states that permanently break the law have to expect legal consequences."

He added that if Hungary refuses to cooperate then Austria "must sue."

"The republic must see that the European Union acts according to the law, full stop."

The EU rule in question is called the Dublin Regulation, which states that asylum seekers are meant to seek asylum in the first European Union state in which they set foot. However, it's a mandate that has been widely ignored, a fact that has led to widespread condemnation of the EU's inability to enforce it's own migration legislation.

© AP Photo / Ronald Zak
Austrian soldiers are building a fence to improve the procedure for arriving refugees at the border between Slovenian and Austria in Spielfeld, Austria, Tuesday, Dec. 8, 2015.

Austria's insistence that the Dublin Regulation be upheld by considering legal action is unprecedented.

However, it is just the latest in a series of hardline measures brought in by the Austrian government to try and assuage the public's fears.

This week, Austria introduced a controversial annual 37,500 migrant cap. The so-called emergency decree finalized on Tuesday, would prevent most people from applying for asylum once that threshold is met. It's set for a parliament vote in about a month, and is expected to pass.

The move aims to further curb asylum claims following more than 90,000 applications being filed in 2015, and over 29,000 applications, which have been filed in the first seven months of this year.

However, Austria is not the only European country who is trying to close its borders to more migrants.

A Hungarian government spokesman dismissed Austria's threat of court action, pointing the finger of blame elsewhere, by claiming the vast majority of migrants entering Austria had arrived in other EU states first.

"Hungary cannot and will not take responsibility for, and suffer the consequences of, the irresponsible conduct of other member states — Austria, Germany — which expressly suggested ignoring the rules, or for other states — Greece — that neglected to do their job," the spokesman said.

Hungary too is hoping to push the blame — and the emphasis on whose responsibility it is to help process the migrant's resettlement claims — elsewhere: specifically, southward.

Hungarian Prime Minister Victor Orban has called on the European Union to defend its borders.

Orban spoke on Tuesday in southern Poland, where he met with leaders from Poland, Slovakia, Czech Republic and Ukraine for talks on the EU's future.

© AFP 2020 / Vladimir Simicek
Refugees walk from railway station in Hegyeshalom in Hungary toward the Austrian border.

He said those in attendance at the meeting agreed that the "defense against uncontrolled migration must be moved south as far as possible."

Both Austria and Hungary have key votes coming up shortly, which will be highly influential in deciding what stance each nation takes in the ongoing crisis.

Hungary will hold a referendum in October on whether to reject the EU's key policy on mandatory migrant quotas.

Austria, meanwhile, will hold a re-run of its presidential election on October 2.

The growing frustration over the EU's perceived inability to get a handle on the migrant crisis, is widely believed to have led to a surge in popularity for the right-wing anti-immigrant party, FPÖ. It's candidate, Norbert Hofer, is currently leading in the polls.

On One Year Anniversary of 'We Can Handle This,' Merkel Admits Migrant Mistakes