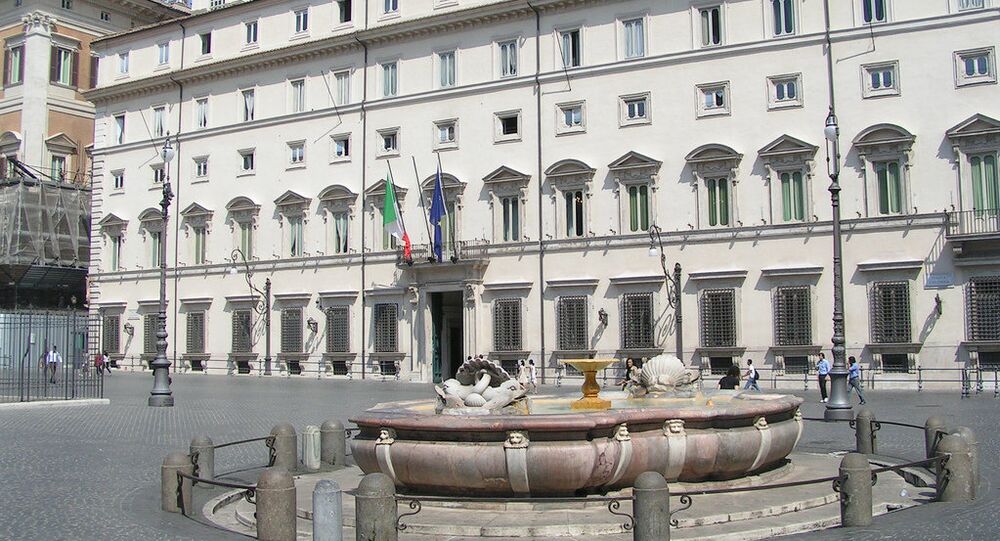 What Kind of Monster is Daesh? New Committee to Deal With Extremism in Italy

A specialized committee will meet at the Palazzo Chigi in Rome within 120 days to examine the phenomenon of jihadist extremism in Italy. One of the committee members spoke to Sputnik about its purpose and explained why Daesh should not be considered a “monster that attacks from the outside.”

© CC0
Italy Can Use Previous Experience in Combating Mafia to Fight Daesh
The committee consists of specialists from different professions, including  teachers, psychologists, lawyers and journalists amongst others. Stefano Allievi, Professor of Sociology at the University of Padua and one of the committee members, spoke to Sputnik about the expert panel.

"Our committee is absolutely cross-disciplinary. It includes scientists who have studied Islam and radicalization issues for a long time. Also, there are psychologists, political scientists and lawyers in the commission," said Allievi.

"Prime Minister Matteo Renzi has given us the task of collecting all our knowledge into a single report that would describe the current situation, as well as allowing us to understand which direction to go in. It is necessary not only to study the phenomenon of radicalization, but also to try to create tools to prevent it," the professor said.

While there are no Muslim members in the committee, the expert said that he supports the idea to hold meetings where representatives of the Muslim world will be given the opportunity to speak.

© REUTERS / Alkis Konstantinidis/File Photo
Only 4,500 Refugees Relocated From Greece, Italy Under EU Quota Scheme
A recent investigation of the Italian intelligence agencies identified two foreign militants of Tunisian origin, who left Italy to fight for Daesh. Interestingly, the two young men were listed as students of the University of Turin and even received scholarships to study. This is not the first time that Italian students, mainly of Middle Eastern origin, have left to fight for the Islamic State. It turns out that "lone wolves" can infiltrate almost anywhere.

However, Stefano Allievi considers that the word "infiltrate" does not quite fit, as it implies that the penetration comes from the outside. In the case of the majority of foreign militants, things are quite different:

"Daesh does not implement them and manage them, they are already here: working, studying, or engaging in criminal activity. And only then they decide to join the Islamic State. Often, they do not even communicate with Daesh. Now anyone can say that he is from Daesh."

Allievi thinks there is too much hype around the subject and there is no need for further panic. "Italy is among the countries that are least affected by this problem, regarding the numbers of terrorist attacks and the amount of foreign militants."

"This is a dangerous phenomenon, because it is difficult to understand where the radicalized subjects are situated. Everything can start with just one person becoming angry. One of those students arrested in Turin was selling drugs, he did not even attend the mosque. That is why it is important to work on prevention," the expert explained.

© AP Photo /
As Renzi Cozies Up to Merkel and Hollande, Former Minister Urges Him to Put Italy First
There is a lot that can be done to prevent people from being involved in the radical movements, but it is impossible to completely eradicate it, Allievi believes.

"A lot can be done by cooperating with Islamic communities, working at schools. Organizations that work with young people, who are imbued with radical ideas, should be created. Now we are talking a lot about Daesh, but there are other radical movements too, for example, anti-Islamic. They have their followers in Europe, too."

Of course, it is impossible to eliminate all evil in the world, but strong collaboration with the Islamic world can help to achieve a lot, the professor concluded.