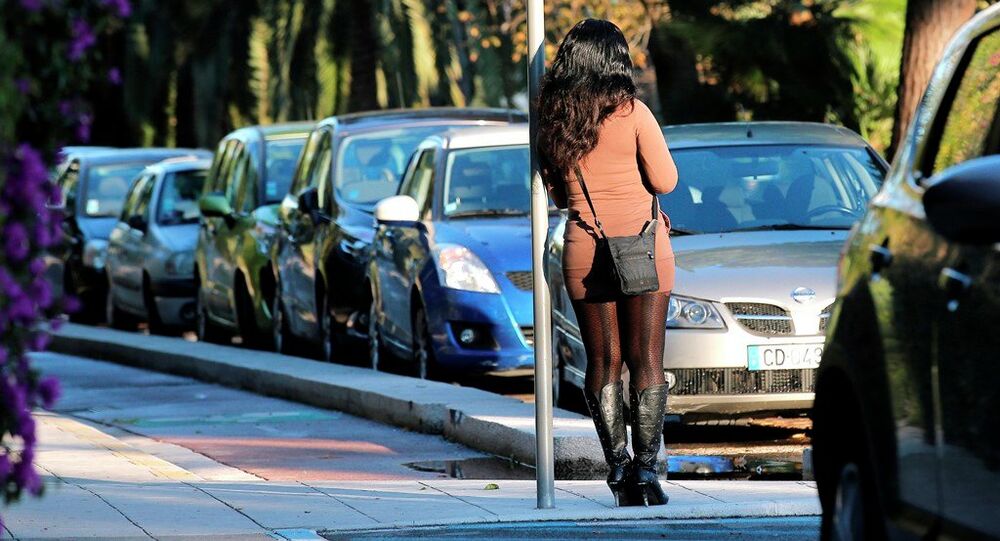 Sweden's Migration Board has been sounding the alarm over a marked increase in cases involving human trafficking, with a number of cases making headlines. However, police point out that prostitution no longer involves clear associations with foreign organized crime and is more closely linked with spousal abuse.

© Photo : Pixabay
Stockholm, We Have a Problem: Male Rape Cases Increase in Sweden
During the first half of the year, 163 suspected cases of human trafficking were reported, compared with 195 cases during the whole of 2015, Sweden's Migration Board reported. Of the 163 cases reported, half involved slavery for sexual purposes. More than 20 other cases involved forced labor of various kinds, whereas in ten cases people were forced into begging. In 53 of the 163 cases the victims were children, while in the majority of the rest, the victims were women.

"Everything points to a sharp increase this year, and this is a trend we have witnessed for several years in a row," Kajsa Törnqvist Netz, the Migration Board's coordinator of efforts to fight human trafficking said in a press release.

At the same time, police are now discovering more cases where Swedish men coerce their wives, girlfriends or partners into prostitution. This phenomenon occurs outside of the organized sex trade and is often regarded as a supplement to the "family budget," according to the police.

© Photo : Pixabay
Sweden Sounds the Alarm: Refugee Children Forced to Sell Sex
At present, a 45-year-old man in Västernorrland County is awaiting trial for having forced his 25-year-old partner to sell sex to at least 24 different men. During her interrogation, the woman said she was compelled to sell sex because she was indebted to the man. Police believe the actual number of customers to be much higher than the 24 who've been identified.

Previously, the Swedish police National Operations Department (NOA), which receives reports on prostitution and human trafficking from all police regions, had associated both victims and perpetrators with widespread poverty and marginalization. Recently, a number of cases emerged where poverty is no longer the driving factor.

"Rather, they want to live a little more luxurious life, have a debt to pay, or need to buy drugs. This is something we have seen before, but more such cases have been reported in the past two years," NOA's national reporter Kajsa Walberg told Swedish newspaper Svenska Dagbladet.

© AFP 2020 / VALERY HACHE
New Sexual Revolution in Norway: Oslo May Decriminalize Brothels, Again
Another marked difference from the previously known criminal routine is that women who are being sold for sexual purposes have had a longer presence in Sweden. Many of them even grew up in the country.

In the autumn of 2015, a directive from the head of the nation's police Dan Eliasson was released compelling the police to strengthen their efforts to fight human trafficking. However, critics argued that too little has happened since then. The progress has been slow, and the ongoing reorganization of the police force has only contributed to the delays.