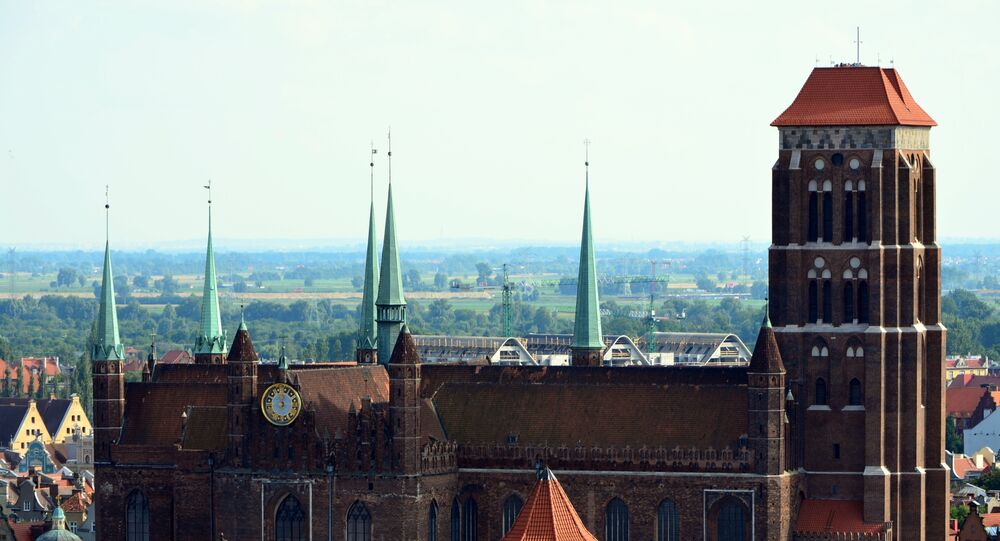 The attack by neo-nationalists on Polish opposition figures at a church ceremony in Gdansk is evidence of official tolerance of nationalist groups, political scientist Anna Razny told Sputnik Polska.

© Photo : Pixabay
Several Graves of Soviet Soldiers Vandalized in Poland's Poznan
On August 28, at a church in Gdansk, Polish President Andrzej Duda participated in a ceremony honoring two members of the anti-communist underground who were killed in the 1940s.

During the ceremony, Duda delivered a speech criticizing the former communist government, and said that the idea of the reburial "restores the dignity of the Polish state."

Disagreeing with the president's choice of words, former Polish President Lech Walesa stormed out of the church in protest.

The ceremony was also attended by a group of activists from the National Radical Camp (ONR), a far-right political organization that dates back to the 1930s. They abused Walesa as he arrived at the ceremony, and responded to his exit by yelling at him and shouting "Death to the enemies of the people!"

The same day, nationalist attackers assaulted members of the Committee for the Defense of Democracy, a civic organization formed in November 2015 in opposition to the Law and Justice Party government, which Committee members said had initiated anti-democratic reforms in the country.

© Sputnik /
See No Evil?
After the incidents Walesa explained that he disagreed with Duda's politicization of his speech at the funeral, and even warned that the divisions in Polish society are so deep that they threaten civil war.

Catholic priest and journalist Andrzej Luter accused the Polish authorities of failing to crack down on nationalist groups. The police have also been criticized for failing to do more to protect attendees to the funeral.

"The heroic Inka and Zagonczyk did not deserve an atmosphere in which the smell of hatred and destruction was palpable," Luter wrote in a commentary.

Anna Razny, a political scientist at Jagiellonian University in Krakow told Sputnik Polska that the attacks are a result of the Polish establishment's tolerance of far-right excesses.

"The Law and Justice party (PiS) and the entire establishment agree to such excesses because in fact, radical nationalists do not disrupt the axioms of Polish politics, which are subordination to the goals of US globalism, deploying missile defense systems and NATO bases in Poland, supporting far-right elements in Ukraine and finally, Warsaw's anti-Russian position," Razny said.

Razny said that the Polish opposition is also part of the establishment complicity with far-right groups.

"This party (ONR) is not that radical in the eyes of the authorities, as long as it does not pose a threat to the ruling party. Let me remind you that the opposition creates the same system, the difference between the current ruling party and the opposition is artificial. On matters of political principle the whole of Poland's political scene is the same, and ONR radicals don't interfere in that."

"I would go further, and say the ONR lulls the public consciousness, lulls our vigilance against the real threats, which don't come from Russia, but from the West."

© AFP 2020 / JANEK SKARZYNSKI
Does Poland Really Face Threat of Civil War, and What Will Russia Do About It?
Razny also said that the authorities in the Catholic Church and the government should have done more to challenge the behavior of nationalist activists at the ceremony.

"There are a lot of examples. They were allowed to sing non-religious songs, they handed out symbols associated with the anti-Communist underground to the President, Prime Minister and head of the Solidarity movement and sang 'Honor and Glory to the Heroes during the holy communion," Razny complained.

"As a result, the prayer became politicized, and this has only deepened the division in Polish society and divided the Polish patriots of the Second World War and post-war period into good and bad," she said.