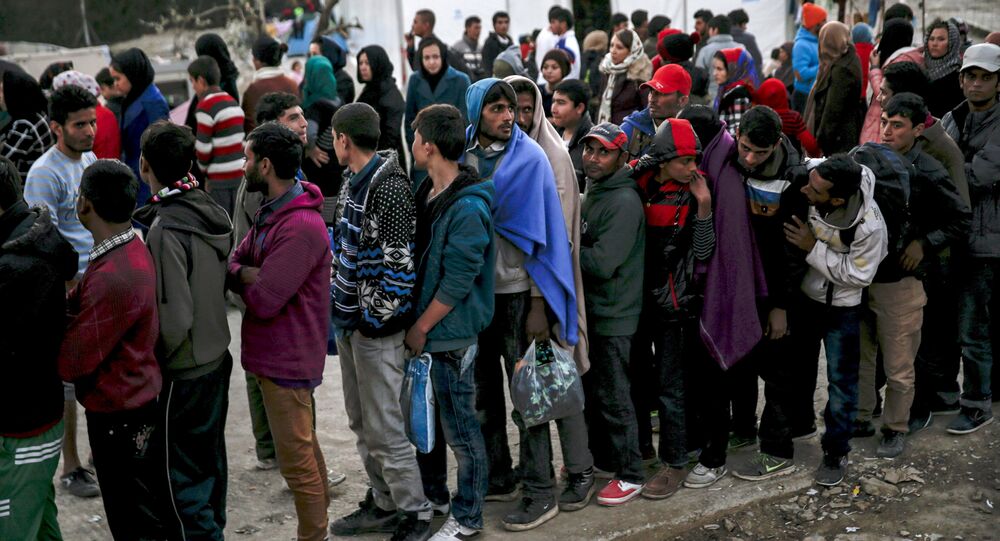 About 4,500 refugees were relocated from Greece and Italy as of the beginning of September under the European Union's quota scheme, according to a source in the EU institutions.

© AP Photo / Alexander Zemlianichenko
New Group of Refugees Arrives in Spain From Greece Under EU Quotas
BRUSSELS (Sputnik) — Only 4,500 refugees have been relocated from Greece and Italy to other European states under the bloc's quota scheme as of September, a source in the EU institutions told RIA Novosti.

In 2015, EU member states agreed to take in 40,000 asylum seekers over two years from Africa and the Middle East who had landed in Italy and Greece. Brussels laid out a quota system for refugee transfers that took into account social and economic indicators of each country.

"About 4,500 refugees have been relocated from Greece and Italy as of the beginning of September," a source said.

© REUTERS / Giorgos Moutafis
Migrant Crisis: Germany Plans to Flood Greece With Unwanted Refugees
According to the source, the refuges have settled in France, Finland, the Netherlands, Portugal, Germany, Sweden and Spain, as well as in Switzerland and Norway who are also participating in the scheme.

Also in 2015, the EU interior ministers approved a plan to redistribute further 120,000 refugees from the bloc's states most affected by the migrant crisis – notably Greece, Italy and Hungary — throughout the European Union based on the quota system.