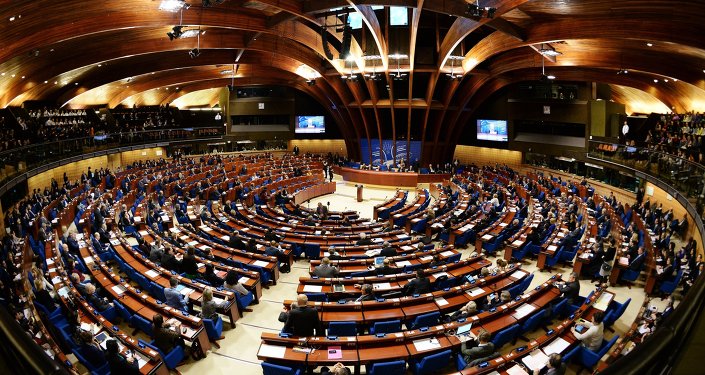 © Sputnik / Vladimir Fedorenko
Heads of All Political Groups in PACE Support Russia Delegation's Return - Senior Lawmaker
MOSCOW (Sputnik) — The current state of relations between the Parliamentary Assembly of the Council of Europe (PACE) and Russia is not satisfactory or beneficial to either party, PACE head Pedro Agramunt said.

"I cannot say that the relations between the Russian Parliament and the Assembly are at a satisfactory level. In my opinion, the current state of affairs benefits neither the Assembly nor Russia. As President of the Assembly I cannot remain indifferent with regard to this situation," Agramunt told RIA Novosti.

He noted that PACE's Bureau, one of its key bodies, approved a declaration in June calling for dialogue with Russia.

"This is the reason why I am coming to Russia again and this time together with the leaders and vice-chairpersons of the Assembly’s political groups so as to have a meaningful discussion with Russian parliamentarians representing various political forces.  Building upon the good direct contacts I have established with the leadership of the State Duma and of the Federation Council, I hope that this meeting will be a step further in the development of our relations," he said.

PACE May Ease Sanctions Against Russian Delegation to Assembly

Poland Puts No Pressure on London Over Brexit Process Pace