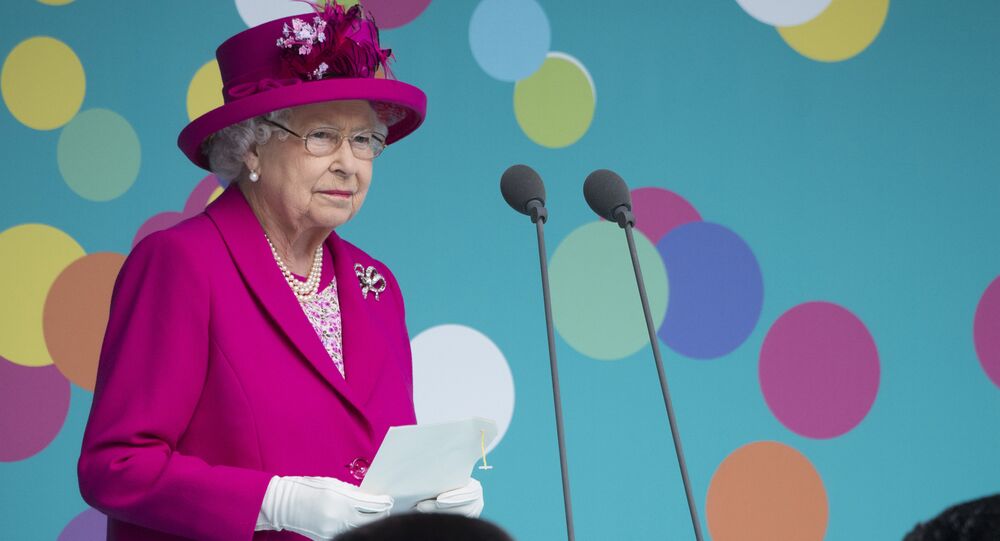 According to a poll of youngsters in the UK, her royal majesty the Queen of England is rated first for being the world's greatest achiever. Despite being born into the responsibility of UK Head of State, she managed to beat self-made sporting achievers, such as footballer David Beckham, GB athletics star Mo Farah and even music mogul Simon Cowell.

Amazing what you can achieve with a good Queen. #GBR

Surprisingly, amongst the younger demographic polled, even J.K. Rowling, the creator of one of the most successful children's books and "Harry Potter" film franchises only made the list at number 3, just behind the popular footballer David Beckham who was number 2.

© AFP 2020 / PAUL ELLIS
Former Manchester United and England footballer David Beckham poses on the pitch at Old Trafford in Manchester, north west England on October 6, 2015 ahead of a charity football match in aid of UNICEF

Other public profiles listed as some of the other greatest achievers according to those surveyed included UK astronaut Tim Peake, international Pop stars Justin Bieber and Taylor Swift and a little lower down in the list were newly appointed UK PM Theresa May, as well as former PM David Cameron.

The Kellogg's UK study surveyed a large group of kids in the UK aged between 5 and 16 years of age. Nearly half of all those questioned. cited "happiness" as one of the most important aspects of achievement in life, with "earning lots of money" and "having an exciting job" being not too far behind when it comes to success.

In terms of other areas, "getting married" was fairly low on their list, but acquiring education and "going to university" ranked a little higher.

© REUTERS / Chris Jackson
Prince William Gets Scolded by ‘The Boss’ Queen Elizabeth II
When it comes to some of the favorite career paths for the youngsters polled, becoming a YouTuber, a jungle explorer and a computer gamer ranked highest, but most popular — unsurprisingly — was to become a high-earning footballer or genius scientist.

They do say children are the most honest beings, and judging from this poll, the importance of being happy is certainly the biggest achievement anyone can reach in life, unless of course you are born into or married to royalty or you bag yourself a footballer or sports star for a partner that is. And then by default, that might just make anyone instantly happy too!

All the Queen’s swans counted on the River Thames

Beckham and #CatsAgainstBrexit: Countdown Is On & Claws Are Out