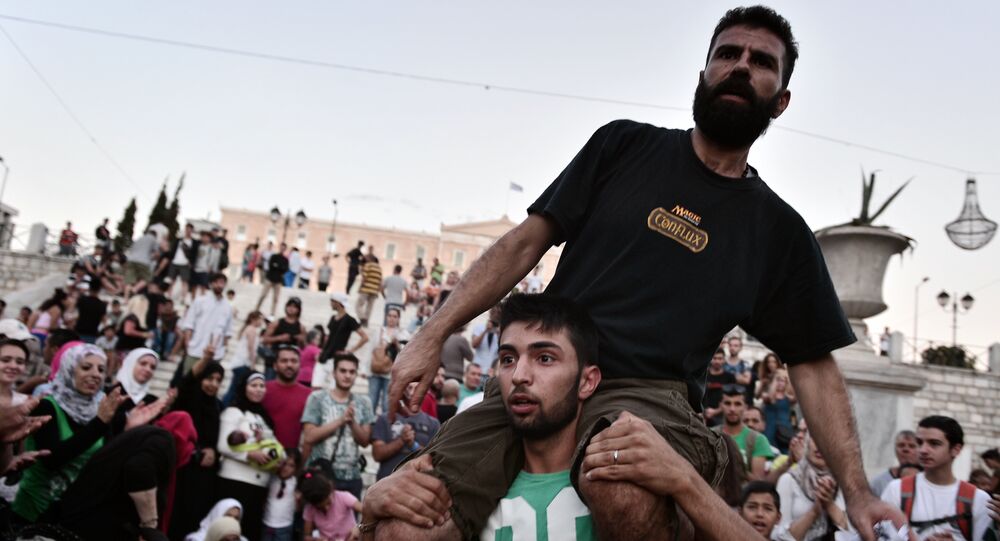 Determining the age of unaccompanied refugee children has been the subject of hot debate in Sweden. Recently, a Swedish pediatrician created a storm by suggesting that some refugees claiming to be minors are lying about their age, saying some of them are even as old as 40.

© REUTERS / Dado Ruvic
Sweden Tires of 'Bearded Children' Amid Migrant Influx
At present, unaccompanied refugee children constitute roughly 35,000 out of last year's influx of 163,000 asylum-seekers. However, the tests, performed by Swedish authorities to verify their real age are naïve and insufficient, pediatrician Josef Milerad, Associate Professor at the Department of Children's and Women's Health at the Karolinska Institute, told the Swedish tabloid newspaper Expressen. Instead of the current procedure, which largely rests on visual evaluation and is ruled by political correctness, Milerad advocates for the tests to be done medically, including taking x-rays.

According to Milerad, who has examined many people officially classed as children by the Migration Board, almost 40 percent of them are in fact between 20 and 25 years old, and some of them even near their forties. The botched age verification system spawns misplacement of funds and deficient care, Milerad argued, citing political correctness as one of the main reasons for such ridiculousness.

​"The refugee children who are in their early and mid-teens are the ones who end up paying the price for this lying. There are resources that have been earmarked for children, but they are used for a completely different age group," Josef Milerad told the newspaper.

Since the issue of accepting migrants is highly controversial and emotionally loaded, Milerad believes many of his colleagues actually concur with him, but dare not to speak out for fear of being labeled as xenophobic.

"This is such an incredibly emotionally charged issue. It is not given that rational arguments work at all. There are many stalwart opponents of any age determination as ‘unethical,' but I nevertheless hope for a more informed debate on other aspects of this problem," Milerad said.

​Of late, both pundits and ordinary Swedes have questioned the correctness of the Migration Board's age verification, believing that many asylum-seekers downplay their age in order to obtain the many benefits on offer and make it easier to obtain a residence permit in the country. Besides the strictly monetary aspects, there is a legal facet to the problem of age verification. Recently, a number of offenders received ludicrously lenient punishment by reason of being officially classed as "underage." An ‘unaccompanied child' was even reported to have been acquitted of gang rape, when the judge notoriously ruled out age assessment as "unethical," Swedish newspaper Göteborgs-Posten reported.

© AFP 2021 / STIG-AKE JONSSON / TT NEWS AGENCY
Enough is Enough: Swedes Get Weary of Refugees
Age assessment of offenders is an issue that has been discussed in several high-profile cases, including the murder of 22-year-old Alexandra Mezher, who was stabbed to death with a knife at a refugee center, where she worked. The perpetrator claimed to be 15, but after various age investigations the district court judged that he was at least 18 years old.

According to Milerad, at some point medics are destined to accept radiographic examinations as a starting point. Together with physical examinations and conversations with individuals, they should give a good idea of one's age. Previously, dental x-rays were advocated as a proxy for detecting the age of unaccompanied refugee children, the Swedish tabloid newspaper Aftonbladet reported.