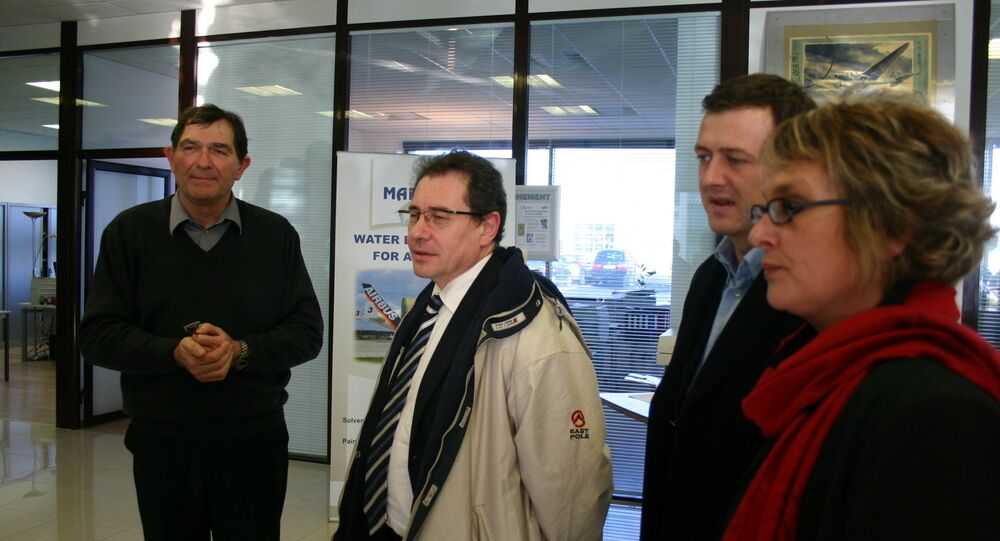 European Parliament Member Caught Pleasing Himself in Front of Teens

European Parliament Member and Vice President of France’s Democratic Movement (MoDEM) Party Robert Rochefort has been taken into custody after he allegedly masturbated in public, in front of teenagers.

© REUTERS / Philippe Wojazer
France Not Planning to Halt TTIP Talks, Though Treaty Needs to Be More Balanced - Minister
The incident reportedly occurred on Wednesday at a DIY hardware store in the city of Velizy-Villacoublay, located in the Yvelines department of the north-central French region Île-de-France.

French media reported that the 60-year-old politician was caught by a security guard who saw him pleasuring himself with pants at half-mast in front of two teenage girls. The vigilant guard called police, and Rochefort was immediately detained.

The hashtag #RobertRochefort took the 20th place in the Top20 of France's Trends for Saturday 3: https://t.co/TDhLqyOL56 #trndnl

French Euro Parliamentarian Robert Rochefort caught mastrubating in a DIY shop. He must have misunderstood the term DIY.

He denied the accusations later in an interview with the news channel BFM TV, saying that he only admitted to the indecent exposure because he was caught off balance by the arrest. He didn't want to spend the night in jail and panicked.

French MEP Robert Rochefort made a statement today that, while visiting the DIY, he tripped and exposed himself. pic.twitter.com/ZoZGZLhLvR

​"This is crazy and very serious if it is true," said the head of MoDEM party, Francois Bayrou, as cited by Politico. "It just goes to show that you never really know some people."

Bayrou reportedly called on Rochefort to relinquish all his duties in the party.

In France, one can avoid being put behind bars for this sort of crimes and get away by paying a fine and undergoing a mandatory medical treatment.

According to the country's parliamentary rules, Rochefort cannot be ousted from his post, unless he resigns, both from MoDEM and from the European Parliament.