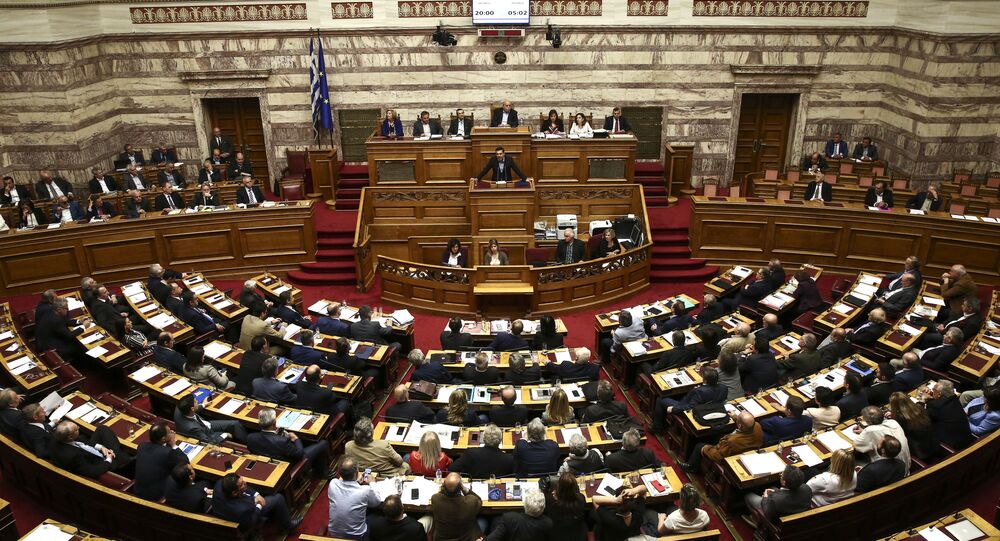 The European Union will not release an additional aid package for Greece planned for September, German media reported.

MOSCOW (Sputnik) — The new bailout money for Greece will not be released, because Greece has implemented only two of 15 political reforms previously agreed with the international creditors, the Handelsblatt newspaper said Sunday with reference to EU diplomats.

Athens signed a deal with its creditors including the International Monetary Fund (IMF), the European Central Bank (ECB) and Eurozone nations in 2015 for a third bailout package worth about 86 billion euros ($96 billion) in exchange for highly unpopular austerity reforms such as pension cuts, tax hikes and the privatization of public assets.

© AFP 2021 / Janek Skarzynski
EU Chiefs in Crisis Talks With Merkel, Hollande, Fico to Save European Dream
In May, Eurogroup finance ministers held marathon talks on new loans for debt-ridden Greece, finally agreeing on a 10.3 billion-euro ($11.5 billion) aid package, which is part of the $86 billion euro package. This was preceded by the Greek lawmakers' approval of a set of extra measures demanded by international lenders to receive additional aid from the international creditors. In June, the European Stability Mechanism (ESM) disbursed about 7.5 billion euros to Greece.

Greece was particularly hard hit by the 2008-2009 economic crisis, and was offered massive bailout programs from its international lenders. The economic recession, exacerbated by the mismanagement of previous Greek governments, has resulted in Athens being saddled with a multibillion-dollar debt.

Belgium Stopped to a Standstill as Anti-Austerity Protest Rocks Country