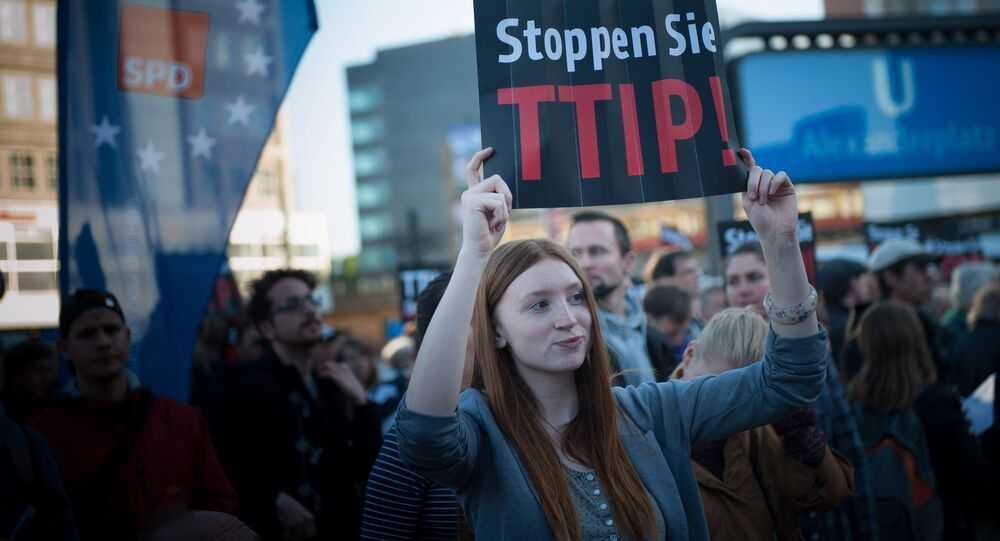 French Prime Minister Manuel Valls has called for a "clear break" to the negotiations over the controversial Transatlantic Trade and Investment Partnership (TTIP), in spite of German Chancellor Angela Merkel saying the deal would be positive for Europe.

"The agreement on the table is, under these conditions, unacceptable. We need a clear halt in order to resume from a new basis," Valls said.

He implied that the current negotiations were more favorable to the US than to the EU. In contrast, Merkel told public broadcaster NDR: "It is in our interest not to fall behind other world regions such as the Asian region which has concluded such an agreement with the United States.

"I believe that such an agreement would mean job opportunities for us and we urgently need jobs in Europe," Merkel said.

The clash of views come just days after French trade minister Matthias Fekl told RMC radio and BFM TV: "What France is demanding is the pure, simple and definitive halt of these negotiations. There is no political backing by France to these negotiations anymore."

"In my opinion, the negotiations with the United States have de facto failed, even though nobody is really admitting it."

The TTIP would create the biggest trading zone in the world opening up the EU and US markets to each other. However, the talks have courted controversy because of their secretive nature, disagreements over regulatory issues — food safety and genetic modification in particular — and the contentious Investor-State Dispute Settlement (ISDS) mechanism.

One of the major stumbling blocks has been over the detail of regulatory difference between the US and the EU. A common trade agreement requires commonality of regulatory issues. None is more important than food and farming — affecting what people put in their mouths.

#TISA the trade deal could be greater threat to public services than #TTIP
Our new briefing https://t.co/bSNxAdFzcP pic.twitter.com/ifkrceqEui

​Food regulations in the EU and the US are different, with the EU being less open to genetic modification than the US. In order to have a trade agreement, the two sides need to agree on a common regulatory framework.

In the event of a US firm not being allowed to sell its products — such as beef and pork treated with growth hormones, chicken washed in chlorine, fruit and vegetables treated with endocrine-disrupting pesticides and genetically engineered and modified foods, as are all currently allowed in the US — in the EU, the firm could sue the EU or member states.

“#TTIP is a proxy for corporate greed… but society is geared up to fight it" https://t.co/48PQTnIsDa #NoTTIP #CETA pic.twitter.com/FmTEGZv4ax