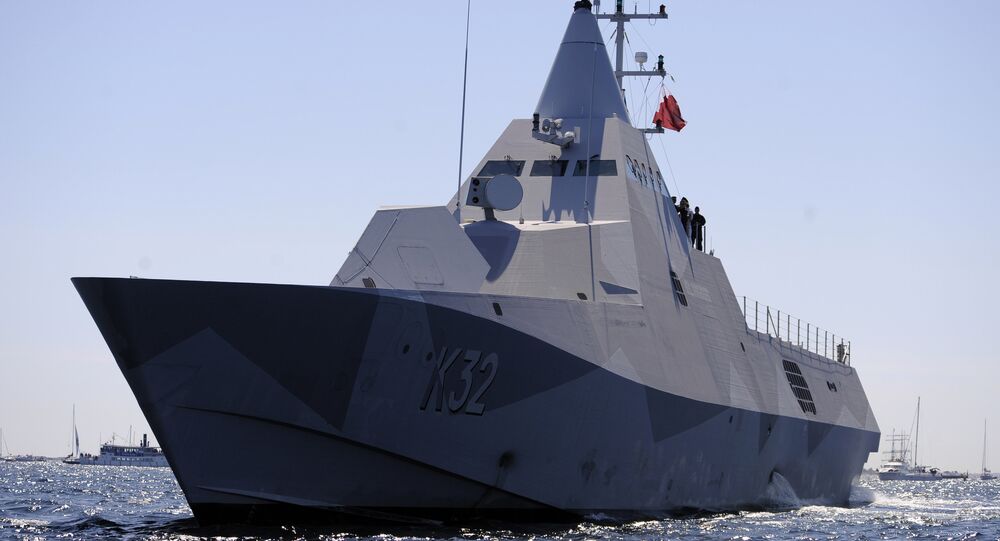 Today, Sweden and Finland kick off four-day-long joint exercises in the vicinity of Gotland off the coast of Sweden. The exercise's scenario is an armed attack against Sweden. As if by chance, a fresh defense report stated that Sweden's NATO membership ‘could possibly deter Russia.'

© AFP 2020 / JANEK SKARZYNSKI
Sweden Lures Finland Deeper Into NATO
The joint exercise is taking place in southern Sweden from Friday noon to Tuesday and is estimated to involve around 3,500 servicemen.

Meanwhile, locals were warned of extra aircraft noise, as well as Navy ship's appearance near the coast. Additionally, Finland is expected to contribute five Hornet fighter jets and 50 servicemen.

​"We will use the established routes, but the exercise will be more intense than usual. Also, we will also start from bases that are not used every day, so it will be felt," Nyberg said.

Given that, it may seem peculiar that the report dismisses the chance of a Russian attack on Sweden as "practically impossible." Another "unlikely" scenario is that Sweden becomes embroiled in a military conflict following a Russian attack on NATO members Estonia, Latvia and Lithuania.

In the report, Russia is estimated to have the military capability to within a couple of days extend its military control over the Baltic states. Russia could then, or even at an earlier stage, proceed to place air defense systems in Swedish territory, including the island of Gotland, to stop NATO flights over the Baltic Sea.

The report also pointed out "significant shortcomings" in Swedish defense, despite fighter jets and submarines. Sweden is therefore dependent on outside help, whereas American reinforcements with heavy ground forces are expected to arrive no sooner than in three weeks.

According to the report, a Swedish NATO membership, which may be achieved within "12-15 months," is nevertheless "no shortcut" to solving Sweden's defense shortcomings. Another problem which could arise should the country join NATO would be how to meet the bloc's requirement of defense spending equivalent to 2 percent of the GDP, which at present is only met by five out of the bloc's 28 member states.

© Flickr / Defence Images
'Neutral' Sweden Gets Ready to Embrace NATO, But What Else is New?
Finally, the report pointed out that a Swedish NATO application would trigger a political crisis with Russia, "the extent of which is difficult to assess."

This is not the first report by Swedish think-tanks or government commissions that cautiously advocate NATO membership. Of late, Sweden, which has maintained neutrality and a non-alignment policy since 1812, has come under immense pressure from NATO lobbyists. Despite its officially neutral stance, Sweden does contribute to various NATO and EU battlegroups and is involved in international organizations.