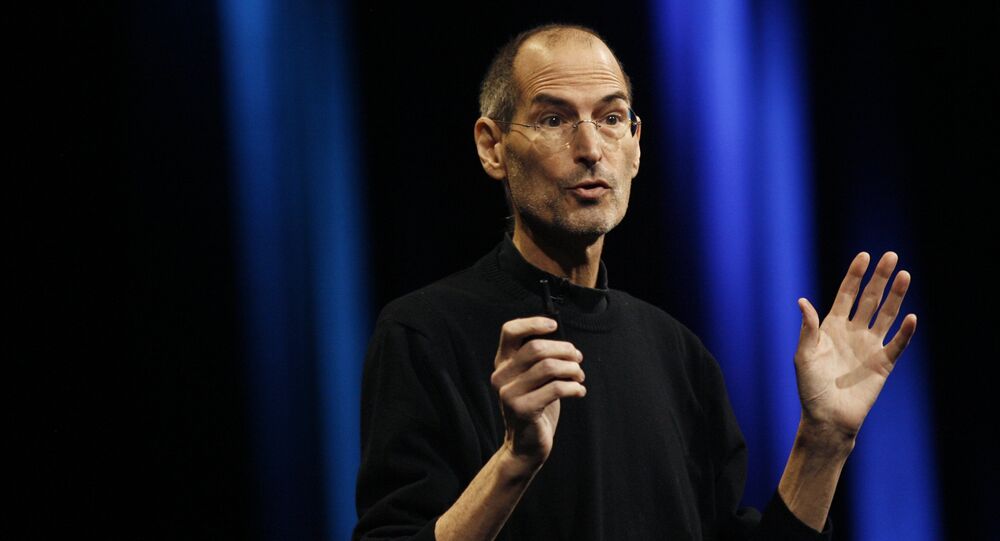 Dress Like Steve: Jobs' Famous Turtleneck and Other Outfits Up for Auction

Die hard Apple fans are being offered the chance to dress like Steve Jobs - in his own clothes.

A US auction house is selling clothes worn by the man himself, should any Apple fans wish to don Jobs' iconic turtleneck and jeans.

Auction site Julien's Live is giving people 21 days to recreate Jobs' wardrobe, from his bathrobe to his wrist watch.

Lot 781 of 901 is listed as the "Steve Jobs Blue Jeans Outfit" on sale for US$400. It includes a pair of Levi jeans, a shirt and silk bow tie owned by the Apple founder.

You can even get hold of an electric razor or any one of his many bow ties — or maybe a set of his keys?

'Unlike Any Other Auction'

Julian's Auctions, based in Beverly Hills in Los Angeles specializes in "entertainment memorabilia, Beatles memorabilia and rock memorabilia…unlike any other auction company."

​Seriously, where else would you find Steve Jobs' famous leather jacket listed on a site along with a naked statue of Donald Trump?

The naked Trump statue is going up for auction (in case you need to own that) | https://t.co/B2GdAcDGSe #DonaldTrump #Auction #StreetArt